Things that Go Buzz, Croak, Hoot & Bump in the Night

Ten folks explored the dusk/nocturnal world of Sax-Zim Bog tonight. We started off with dinner and conversation at the Wilbert Cafe in Cotton, then broke up into a four-car caravan. Our first stop was the Arkola/Poplar Rd Sharp-tailed Grouse lek. No grouse, but an unexpected Osprey did a very good Harrier imitation. 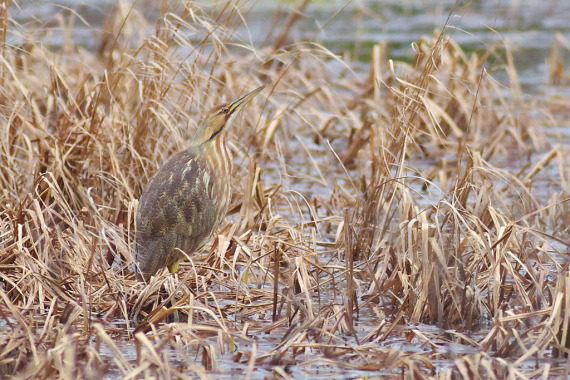 Our next stop was at the Friends of Sax-Zim Bog Welcome Center on Owl Avenue. While admiring the view of the flooded sedge marsh through the Center’s picture windows, Bruce Munson spotted an American Bittern only about 50 yards away. We all enjoyed scope views of this rarely seen bird from inside the Welcome Center! Way to go Bruce! 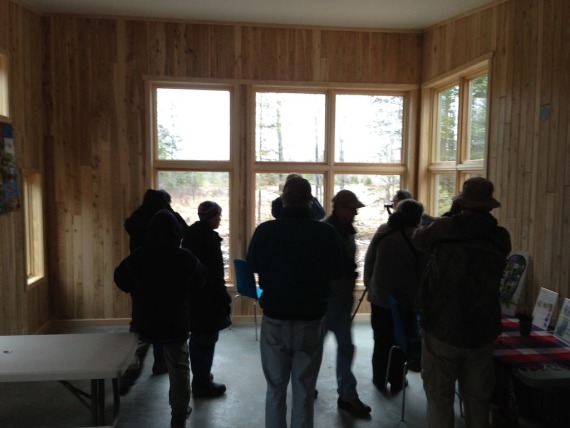 The group watching the Bittern from inside the Welcome Center. 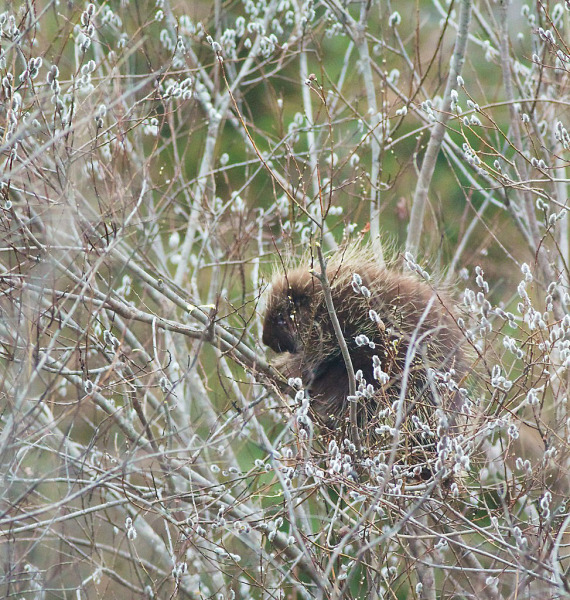 Dave Steininger spotted this Porcupine feeding on willow catkins/flowers along Arkola. Betsy Dugan quipped that it might make a good children’s book with the juxtaposition of the prickly porkie and the fuzzy catkins. 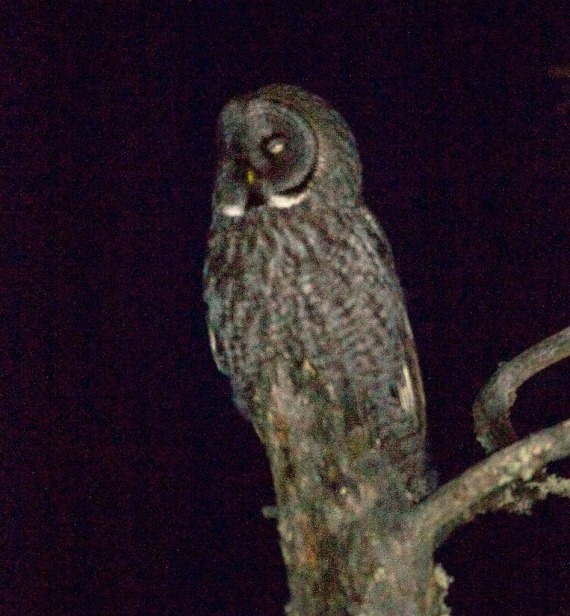 All was quiet along McDavitt Road until Sparky played a Northern Saw-whet Owl call on his iPhone. After a minute, John Kelsey spotted a dark shadow fly in then quickly drop down. We assumed a Great Gray, but could not rule out a Barred Owl. Sparky squeeked on his hand, and within seconds this Great Gray flew in and perched only thirty yards from us. He stayed with us for a couple minutes until a low-flying helicopter scared him off. 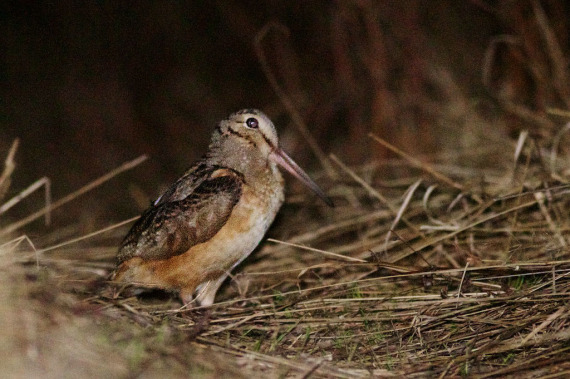 Our last stop was the gravel pits along Admiral Road, Sparky’s favorite Woodcock “peenting” grounds. It wasn’t long before we could hear a couple males doing their twittering aerial display. Al Loken amazingly got this handsome male in his flashlight within seconds. Nice job Al! We crept closer and got a front row show. Sparky also heard the only singing Saw-whet Owl of the evening at this spot. 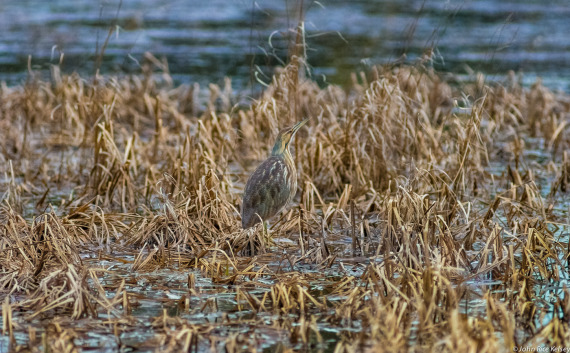