BRRRRdathon 2017 lives up to its slogan as World’s Coldest Birdathon! 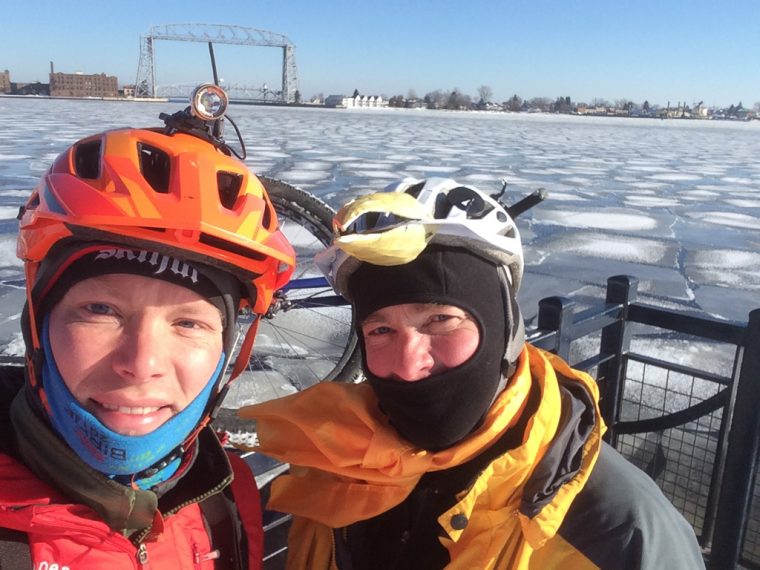 Matti Erpestad and Andrew Webster (right) compete in the WinterGreen non-motorized division. Their team name, Grosbeaks of Evening, was the inspiration for Andrew’s beaked helmet and black and yellow garb. They cycled over 20 miles on fat bikes in the city of Duluth.

Minus 30 F air temps…FINALLY! Yes, the 2017 BRRRRdathon finally lived up to its slogan as the World’s Coldest Birdathon with Friday morning air temps ranging from Minus-16 in Duluth to Minus-35 in parts of the interior of northeast Minnesota. But this did not daunt the eight teams competing to get their names forever emblazoned on the “Gary the Granite Great Gray” trophy. Saturday was much nicer!

Scouring the North Woods from Grand Rapids to Otter Tail to Superior, and from Sax-Zim to Grand Marais to Duluth, the teams found a combined 73 species.

Highlights included Great Black-backed Gull in Two Harbors, 4 Snowy Owls in Superior, WI, Spruce Grouse on Lake County 2 at Sand River, Black-backed Woodpecker just up the road from the Spruce Grouse), 3 Peregrine Falcons in Duluth, Varied Thrush among the 100 or so Robins at WLSSD, Song Sparrow in Grand Rapids.

Steve Millard racked up 42 species inn Otter Tail County (NOT a made up name!) over two days and found some stellar species including an Eastern Towhee, Belted Kingfisher, Eurasian Collared-Dove, American Coot, Richardson’s Merlin and an unexpected Northern Saw-whet Owl eating a mouse atop a grain elevator!

Judd Brink had a Great Gray Owl on his birdathon day in Aitkin County, and there were 4 others seen in Sax-Zim (2 on McDavitt, 1 on Nichols Lake Road and 1 on CR7 N of Sax Road).

For the 6th time in 7 years, team Grousing Twitchers (Lars Benson, Dave Benson, John Ellis) won the 2-day BRRRRdathon with a grand total of 52 species including a Horned Grebe, and 60 Red Crossbills on McDavitt Road.

In the 1-day competition, the Coldfinches evened their rivalry with the Egretables 3 to 3 with a 32-species effort. The Egretables found some iconic but hard to find boreal species in Lake County, MN including Boreal Chickadee, Spruce Grouse and Black-backed Woodpecker.

Only non-motorized locomotion is allowed in the WinterGreen division, and longtime teammates Tim Bates and Andrew Webster fielded rival teams and chose different states to participate. Andrew’s Grosbeaks of the Evening team in Duluth found 32 species including 3 Peregrines while on fat bikes. Tim’s Sixteen Below team used mountain bike in the backroads of Superior Wisconsin and counted 23 species including FOUR Snowy Owls. 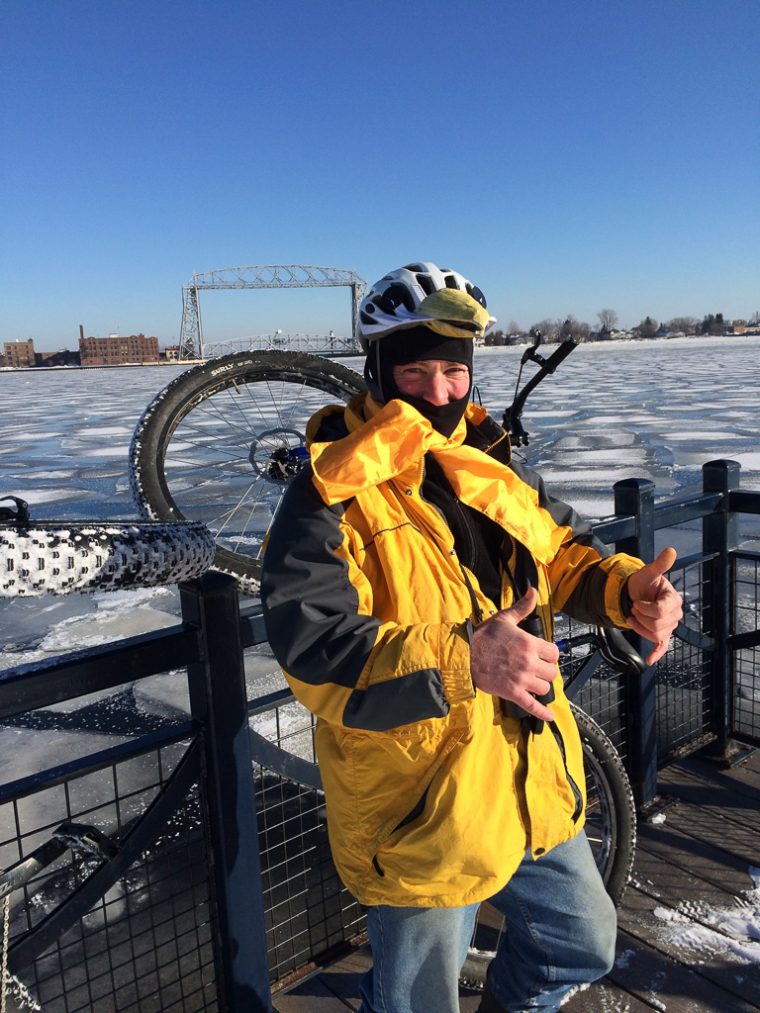 Andrew Webster of Team Grosbeaks of the Evening sports the beak and colors of their team name. 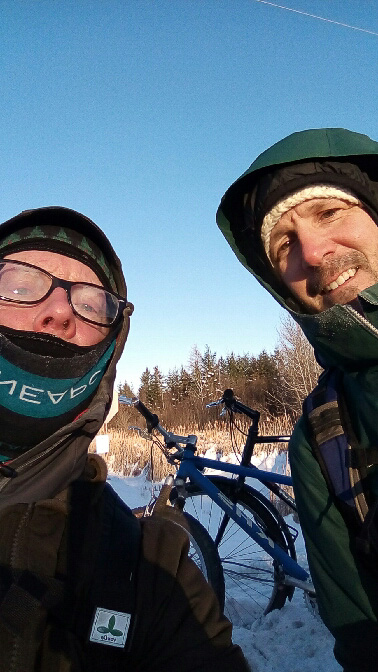 Tim Bates (left) and Pat Kohlin did their 1-day effort in Superior Wisconsin…on Friday when it was Minus-16F at their start! Kudos to these guys for mountain biking on the back roads of Superior…and surviving! 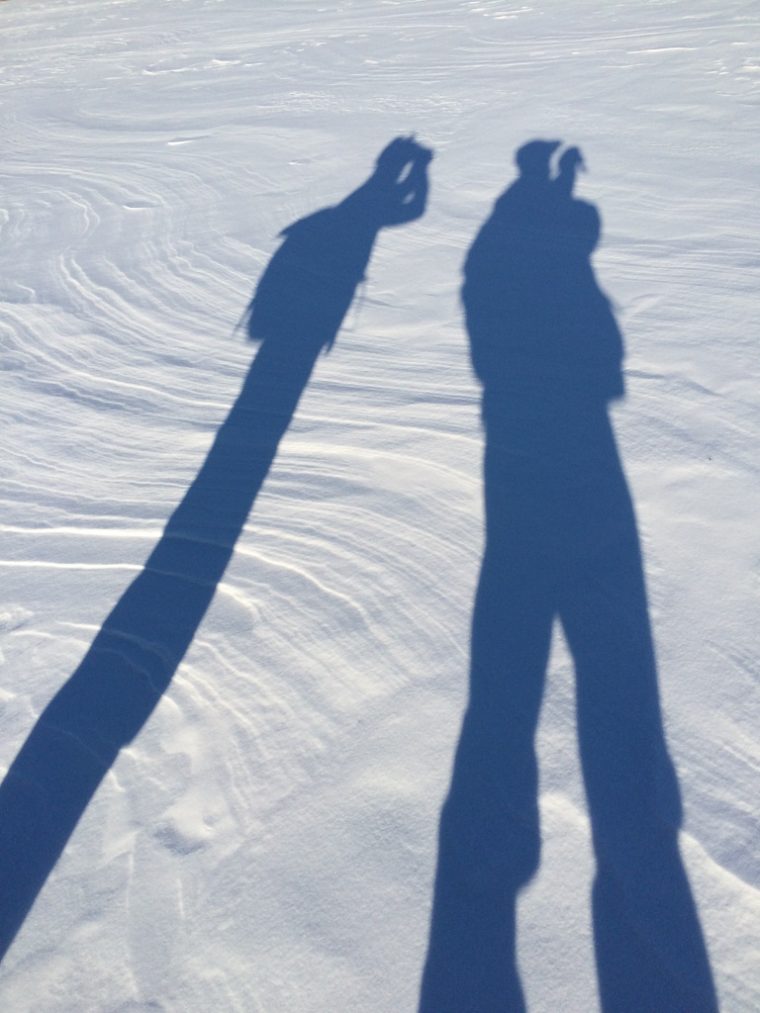 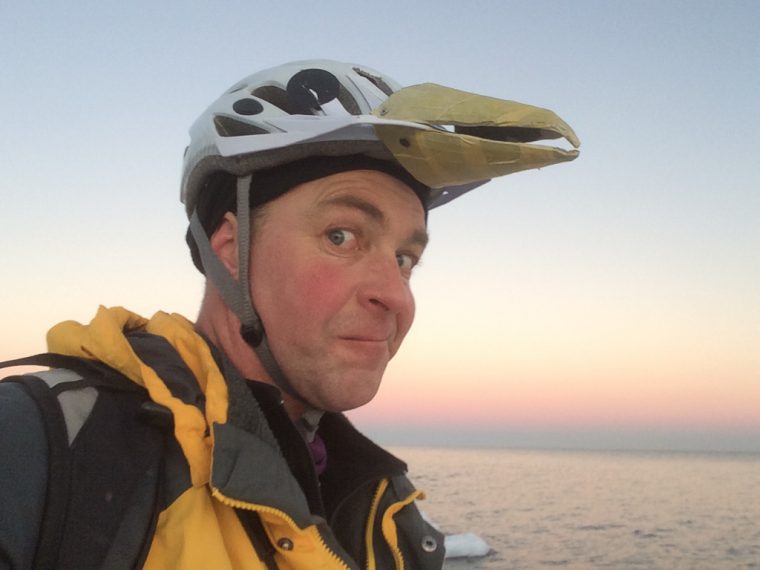 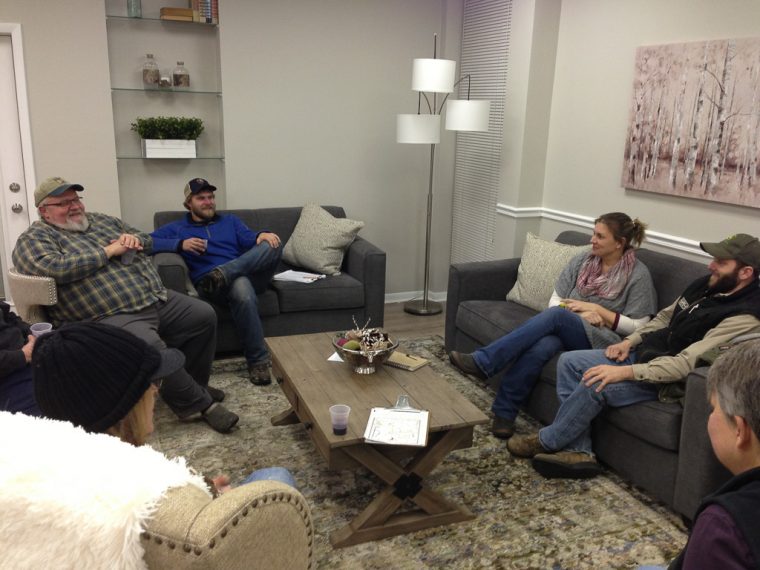 Lots of conversation and many stories at our lasagna dinner compilation 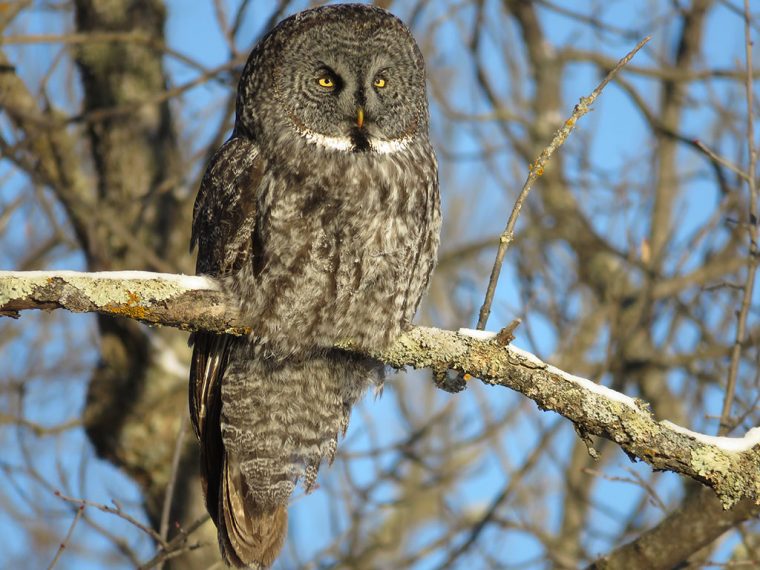 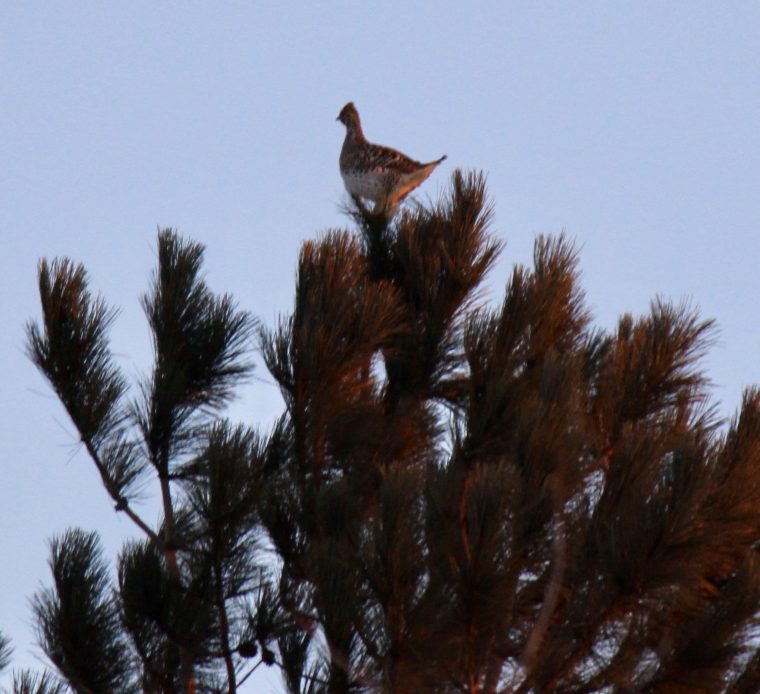 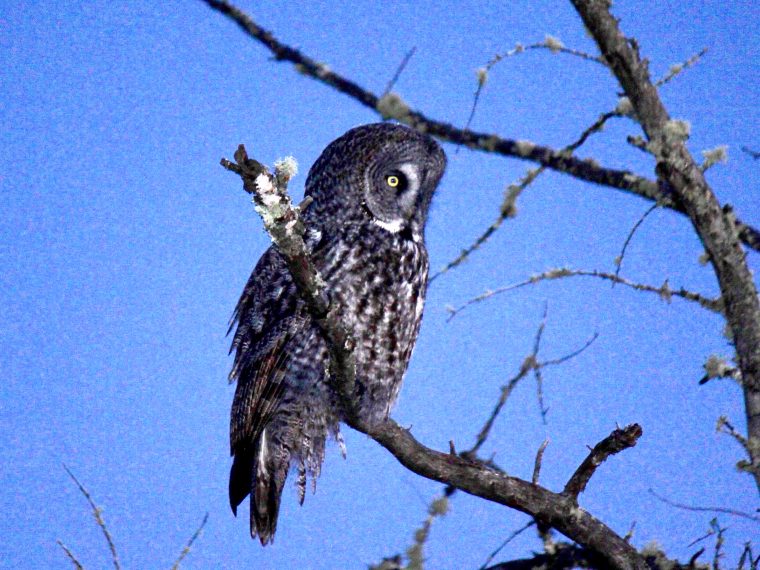 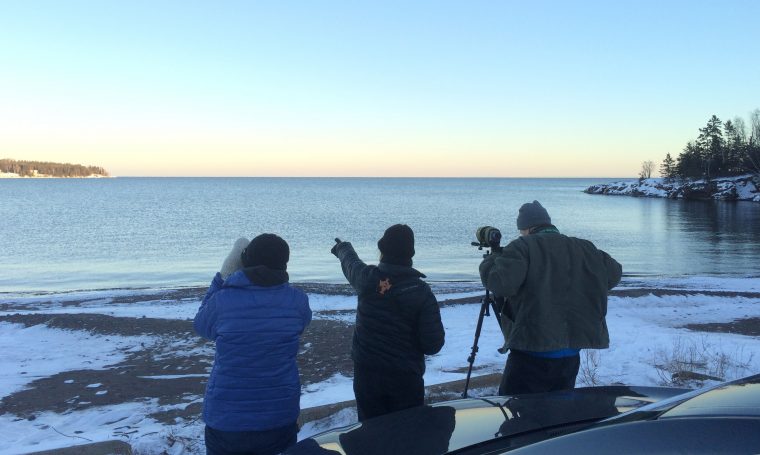 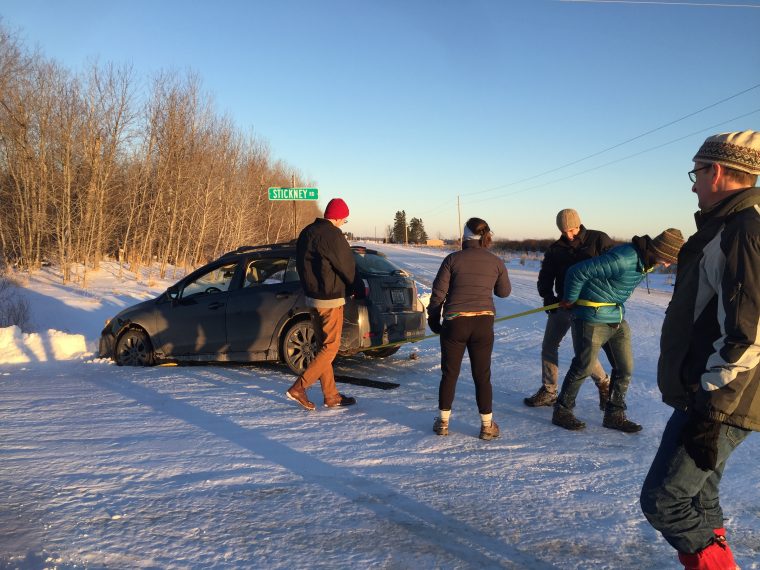 Team Egretables help a Sax-Zim visitor pull their car out of the ditch. 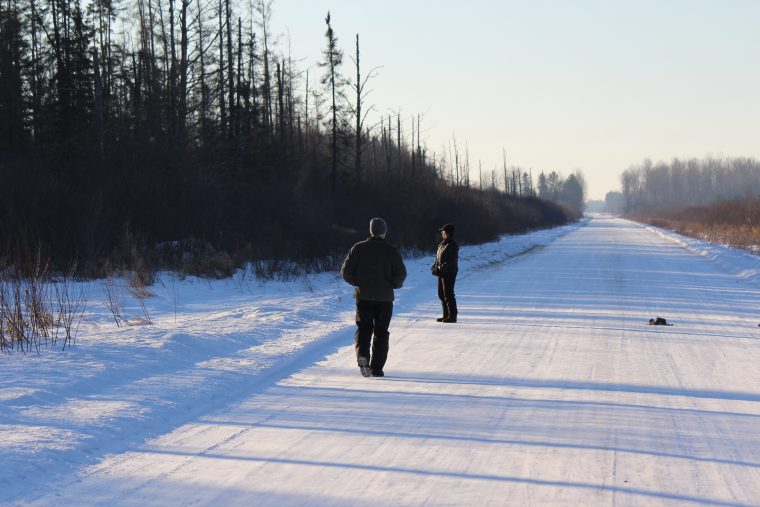 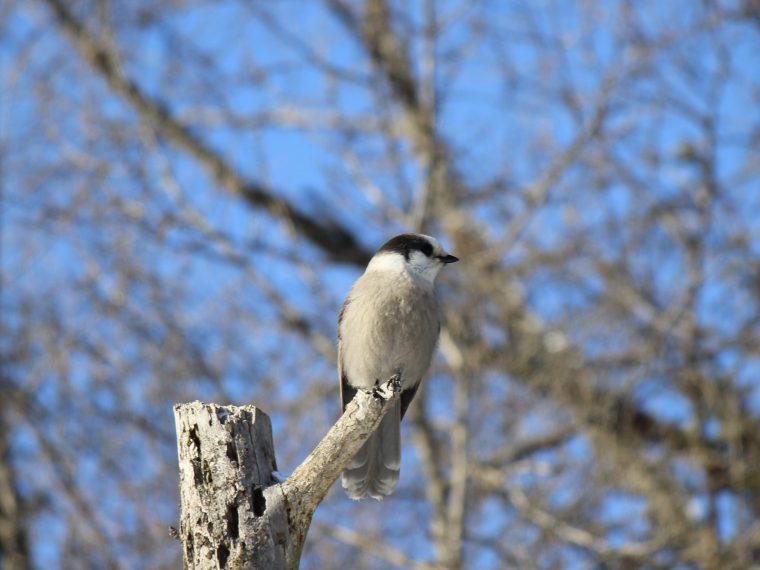 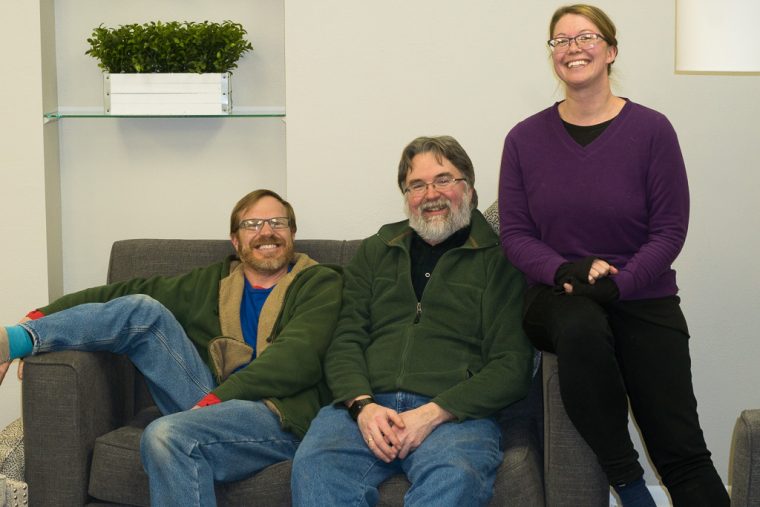 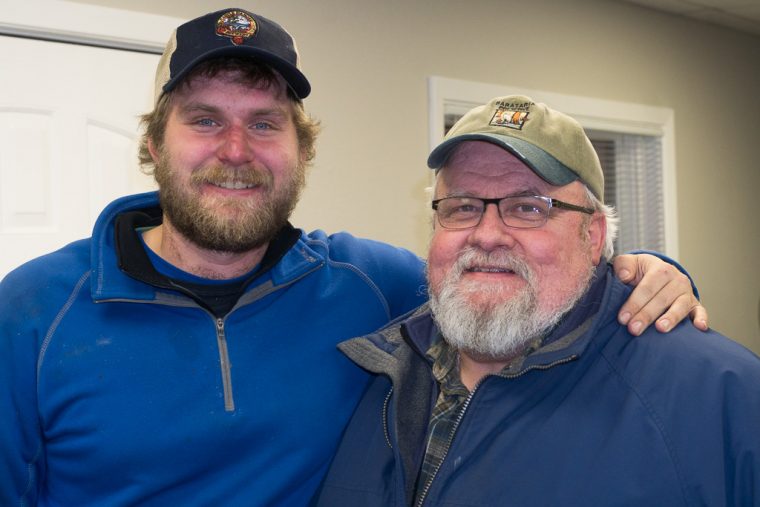 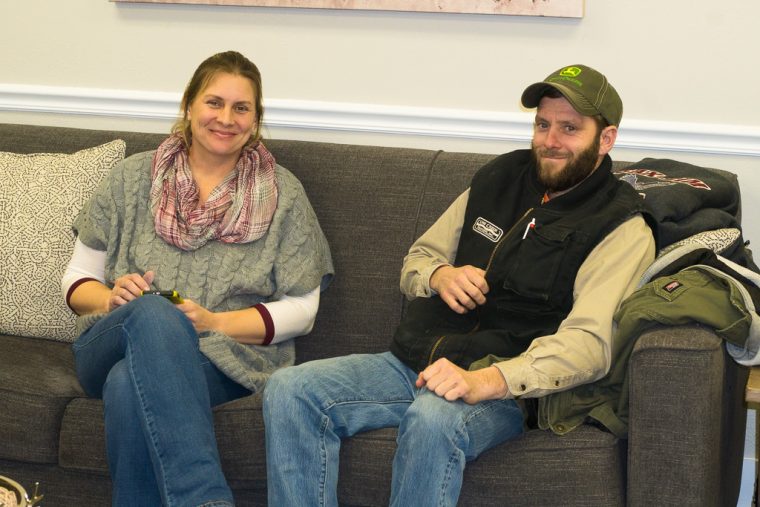 Cara and Steve Cox were second-time participants. Their team name is The Full Nesters (3-kids and one on the way!). Congrats to all!