A record 120 “bog buddies” attended the 2017 Boreal Wings Gala on January 29th at the brand new Springbrook Nature Center in Fridley, Minnesota. It was standing room only as Big Year Record Breaker Olaf Danielson took the floor. He regaled the crowd with tales of his “Bad Weather Big Year” including a very close encounter with a Black Bear in Arizona, finding a HUGE Blanding’s Turtle with his 92 year old grandmother in Wisconsin, sleeping under escalators in airports, and finding an unbelievable 766 species of birds in North America (north of Mexico and not including Hawaii) in one year! Olaf also gave a heart-felt and sobering report on the native birds of Hawaii…many of which are near extinction, a plight that he hopes to bring attention to in his talks.

Everyone enjoyed the creative bird-themed appetizers, sparkling cider and goodies, including the yummy “owl pellets.” All the food and drink was graciously donated by our wonderful board of directors and employees. Lively bidding helped us raise hundreds of dollars in the Silent Auction…a 1st edition signed T.S. Roberts Birds of Minnesota went for $70. Lots of bargains! Hope you can join us next year.

Sparky gave an update on Friends of Sax-Zim Bog’s in-process and upcoming projects, field trips, and also put out an appeal to folks to leave their legacy in land. There are several tracts of bog that are available to purchase right now. He also presented the World Premiere of Episode 1 of “Clinton’s Critters,” a video series highlighting bog fauna. We will be posting this video on our website soon.

Thanks for coming everybody! See you at Boreal Wings Gala 2018! 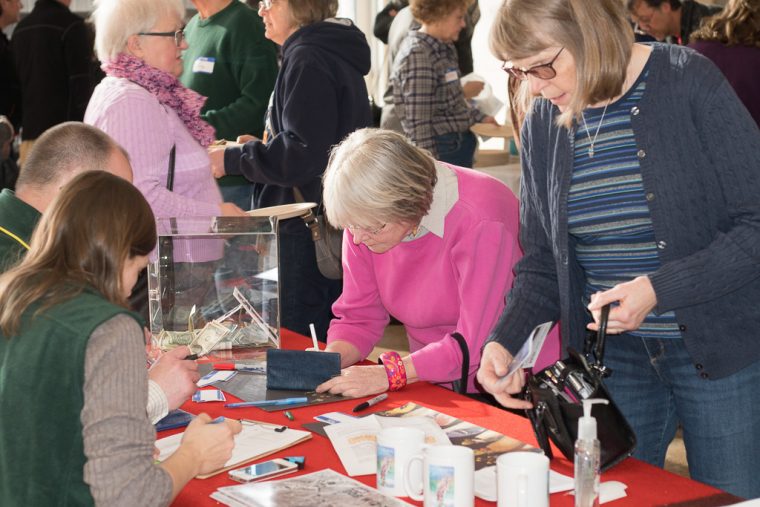 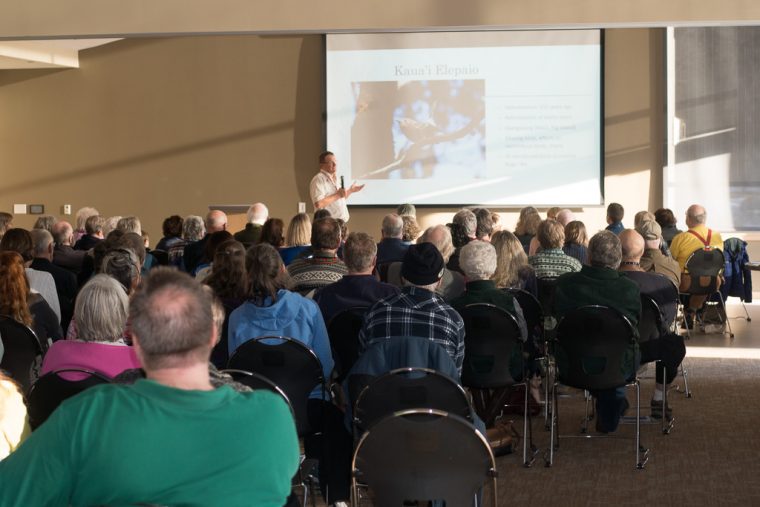 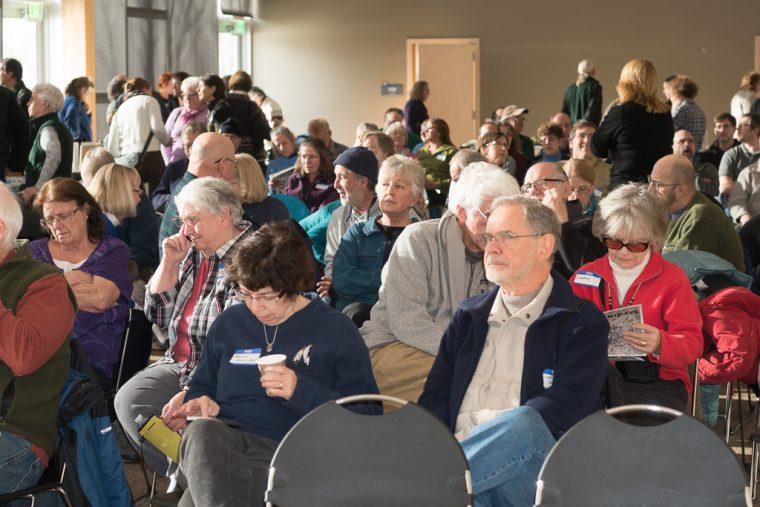 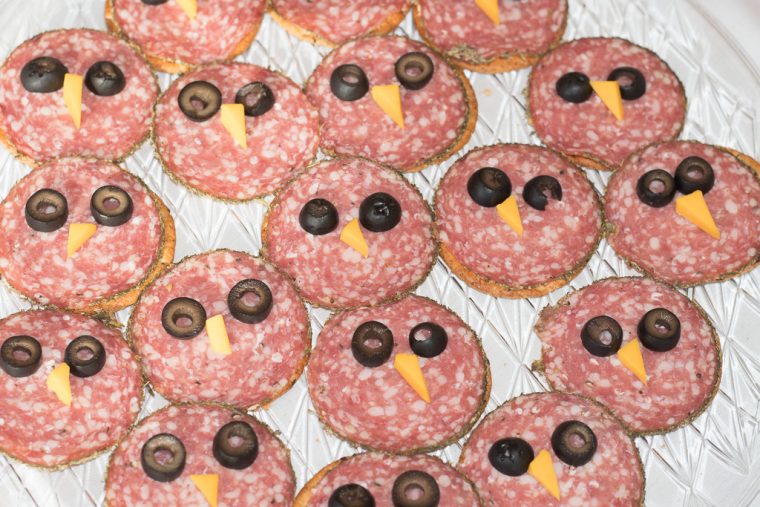 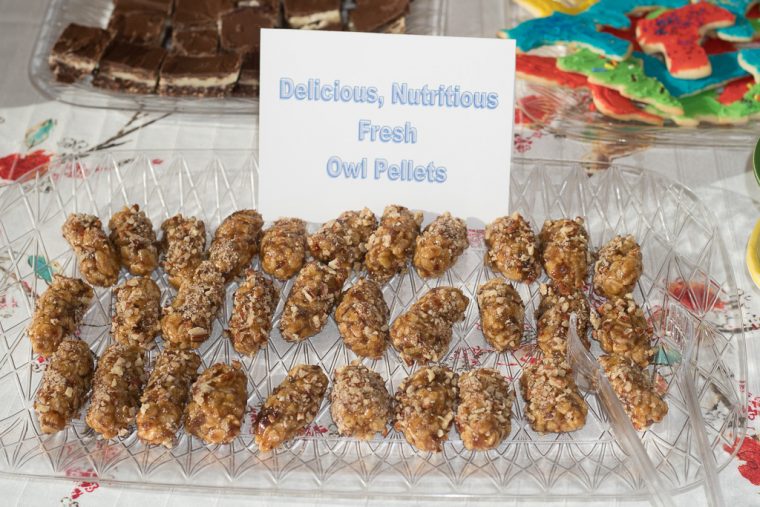 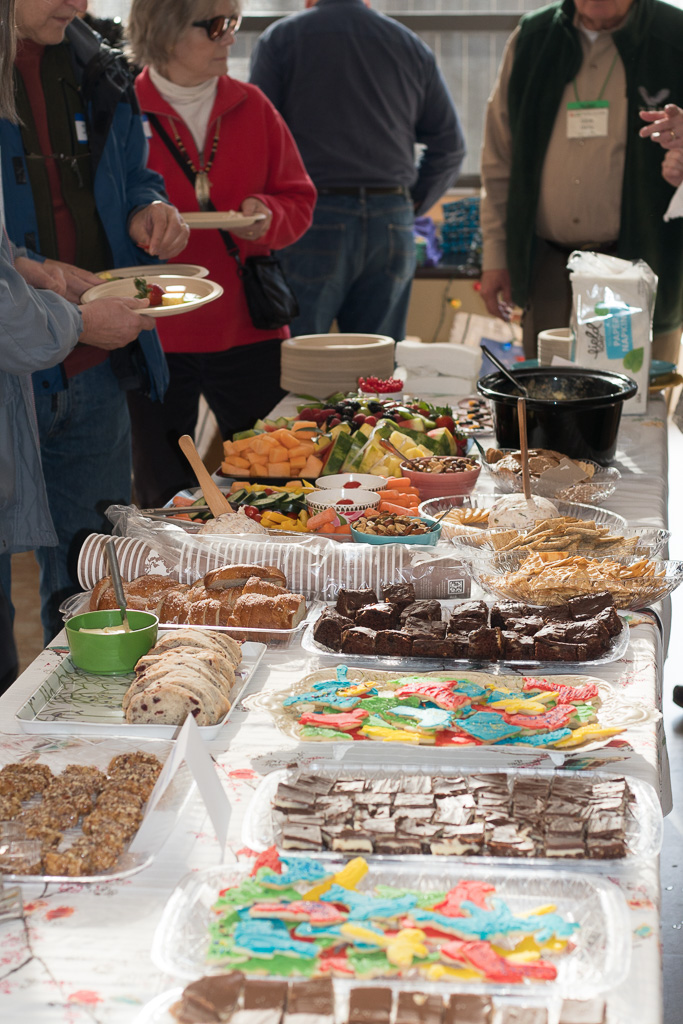 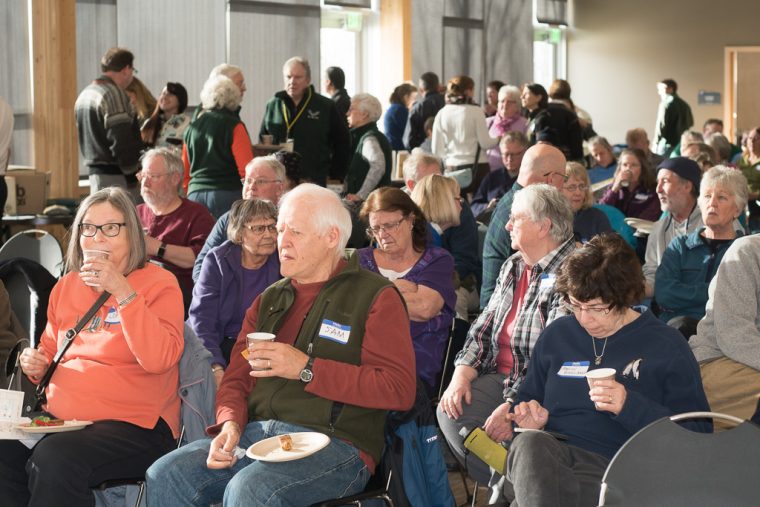 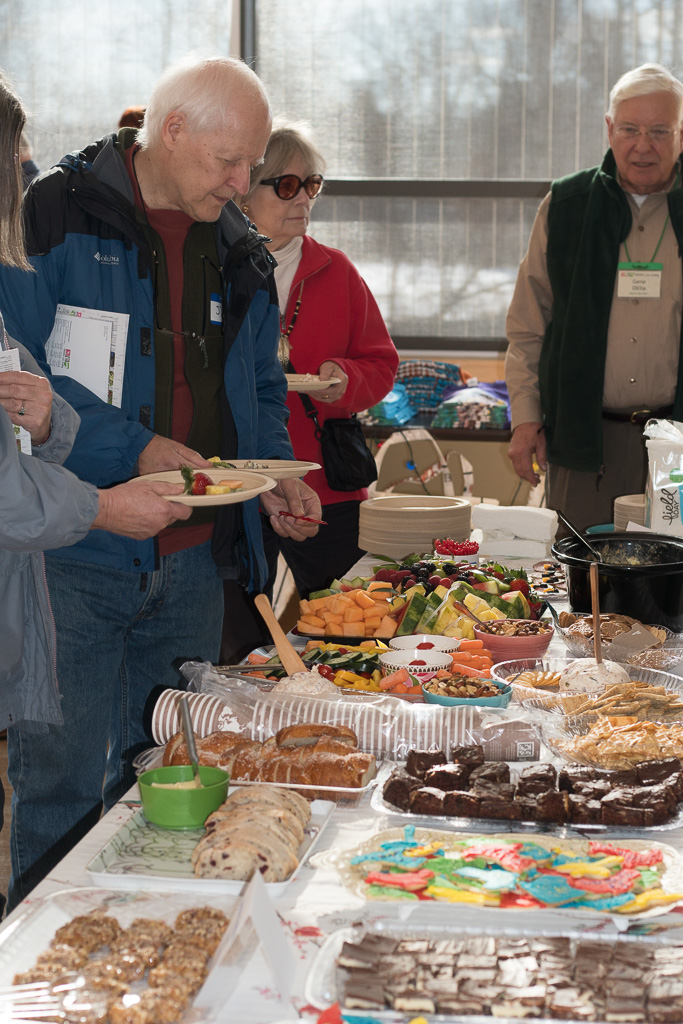 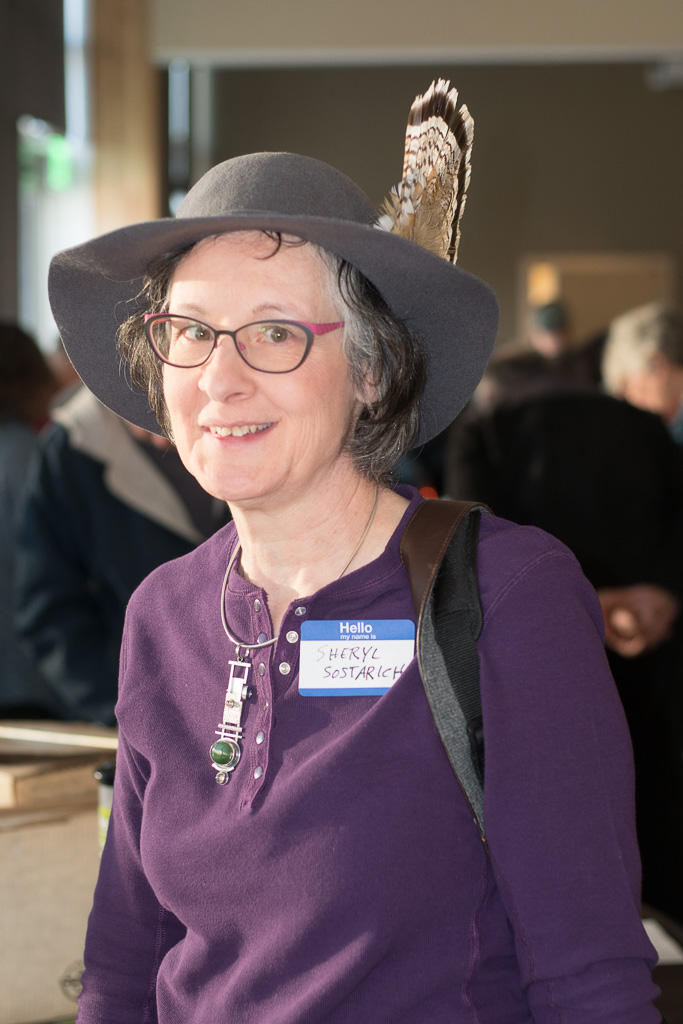 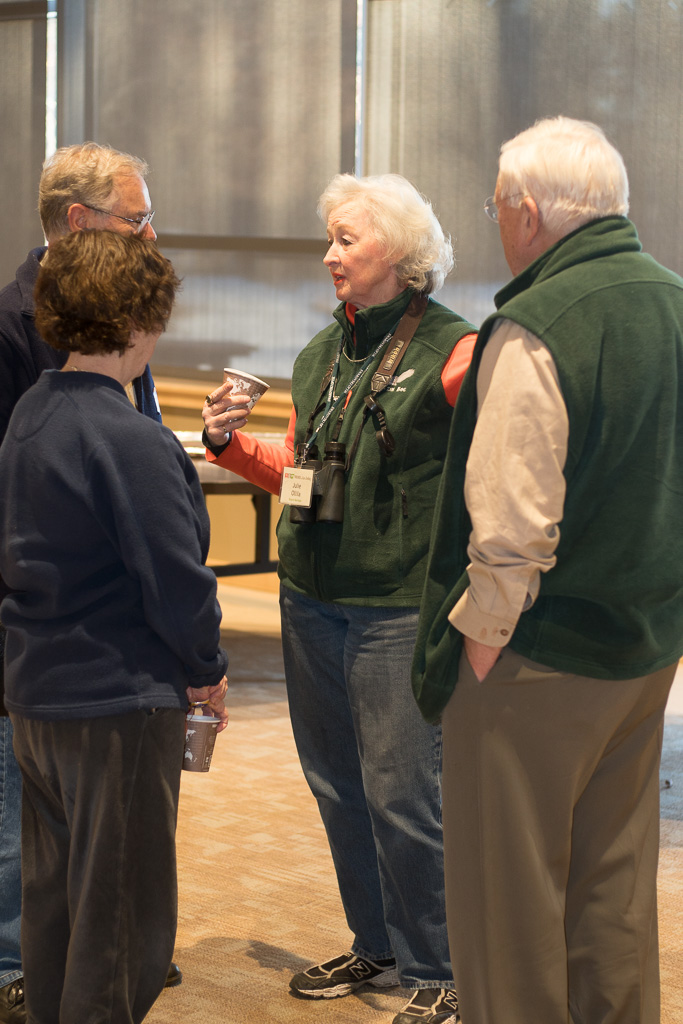 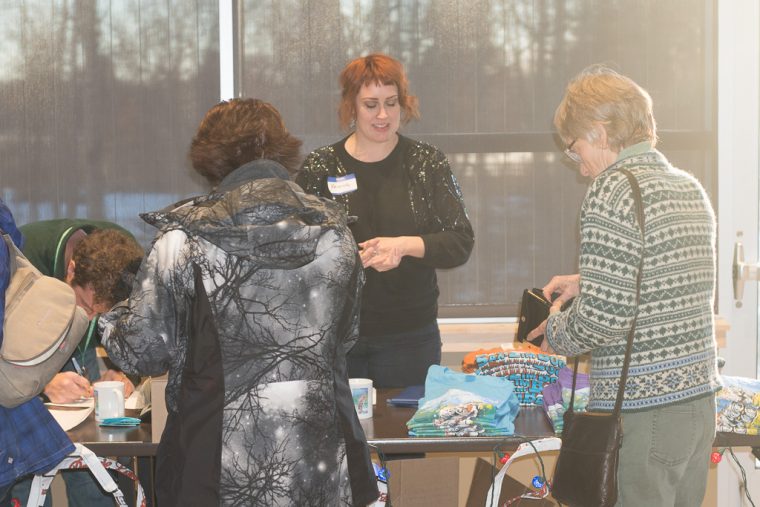 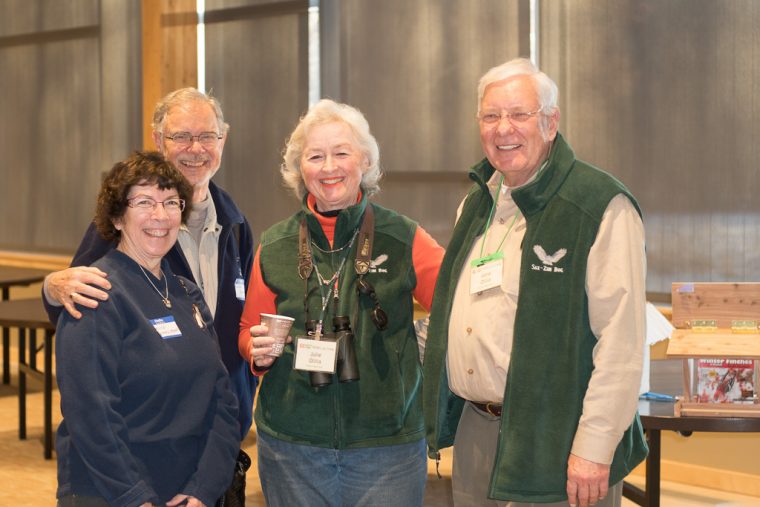 Board members Gene and Julie Ollila (in the green vests) and friends. 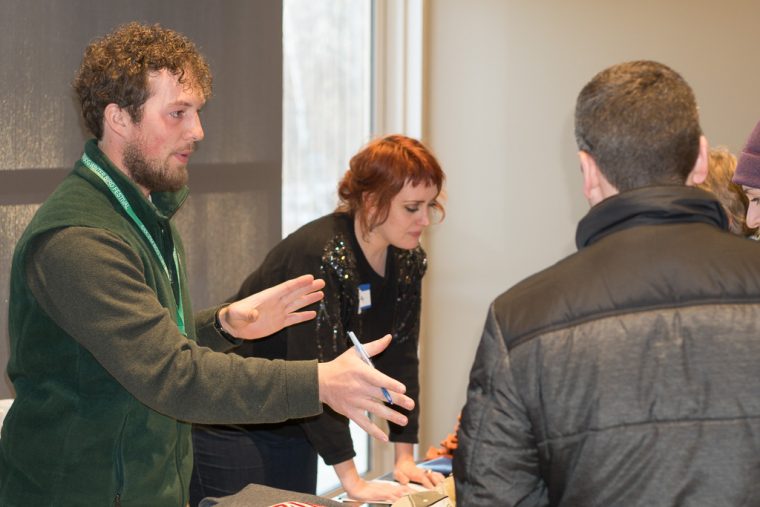 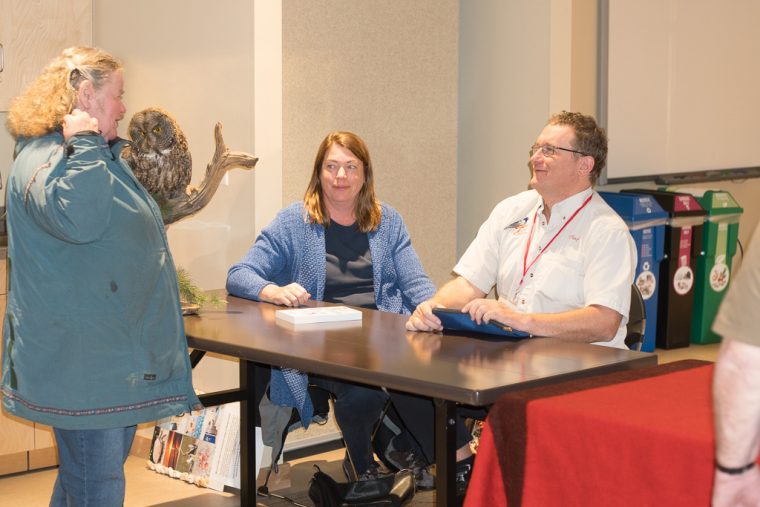 Olaf Danielson and his wife answer questions and sell copies of his book.

« BRRRRdathon 2017 lives up to its slogan as World’s Coldest Birdathon! Winter Raptors and Citizen Science »