Forty-some participants and leaders turned up nearly 300 SPECIES (!) on our second annual BioBlitz on August 2nd, 2014. A beautiful day greeted folks as they met at our new Welcome Center. We divided into groups and hit the bog! Experts in the fields of birds, spiders, fungi, wildflowers, butterflies and dragonflies scoured far flung parts of the Bog. All met back at noon to share their findings and discoveries. Amazingly, we turned up several new species for the Bog and even ONE NEW MINNESOTA RECORD!— a spider species found by Chad Heins.

Bog BioBlitz III will be in June 2015…Mark your calendar! 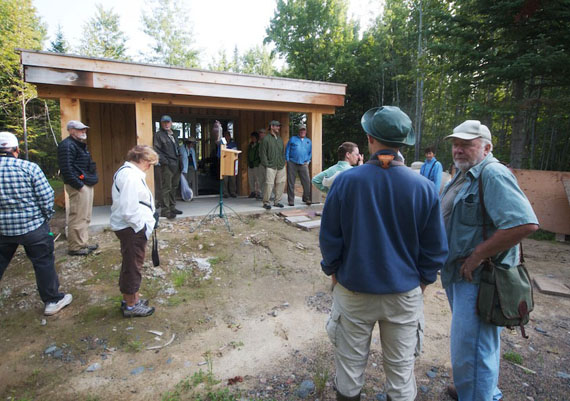 Time to head out to the field. Participants group up with their leaders. 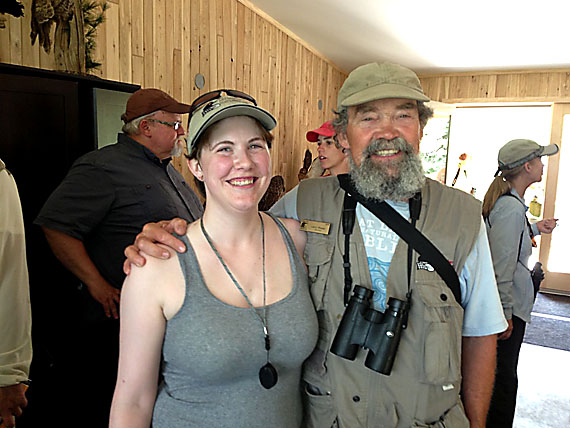 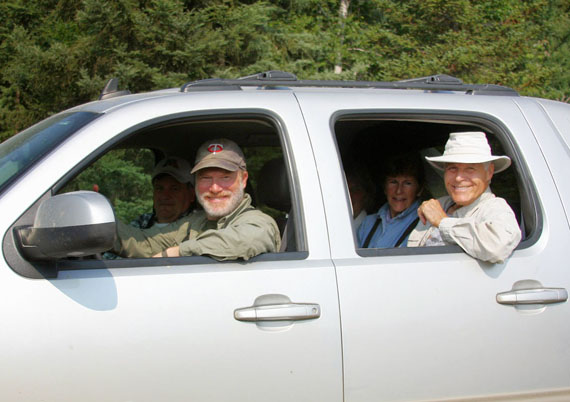 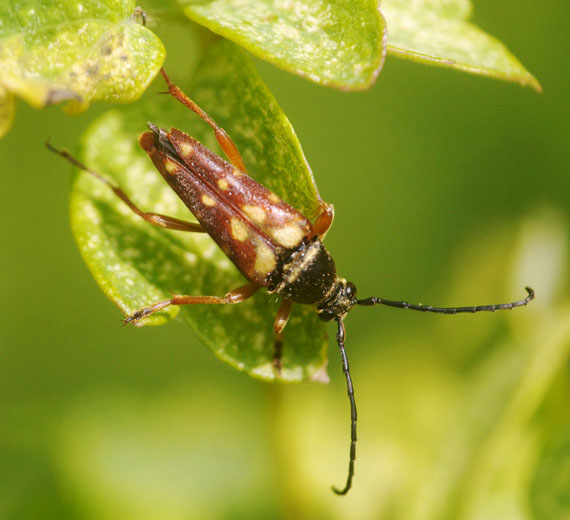 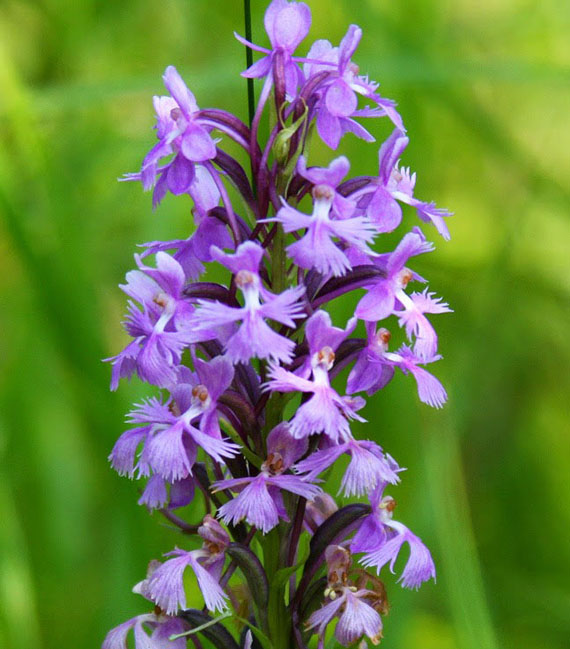 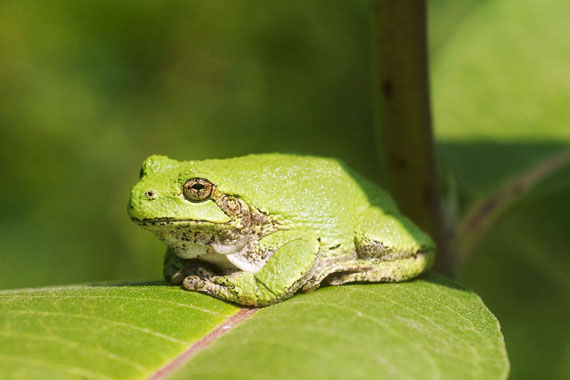 Discovered by the butterfly group, this Eastern Gray Treefrog was relaxing on a Milkweed leaf. 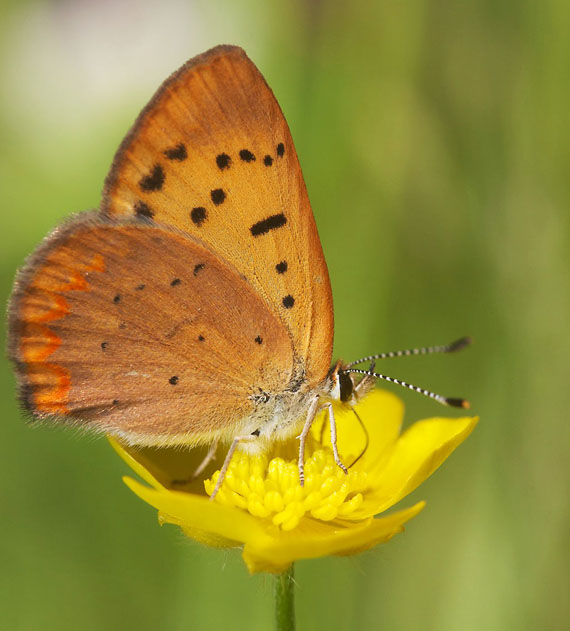 A resident of northern bogs, the Dorcas Copper was quite common this year along Arkola Road just a mile east of Owl Avenue. Photo by Sparky Stensaas.

A colorful Nordmann’s Orbweaver (Araneus nordmanni) was one of three large orbweavers found by the spider group. Photo by Cassie Novak. 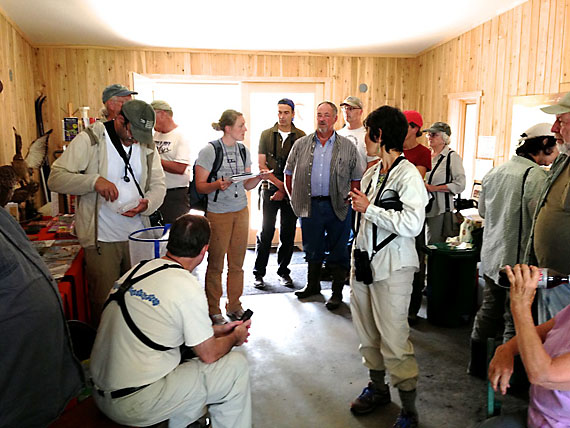 The groups return to the Owl Avenue Welcome Center to share their findings. 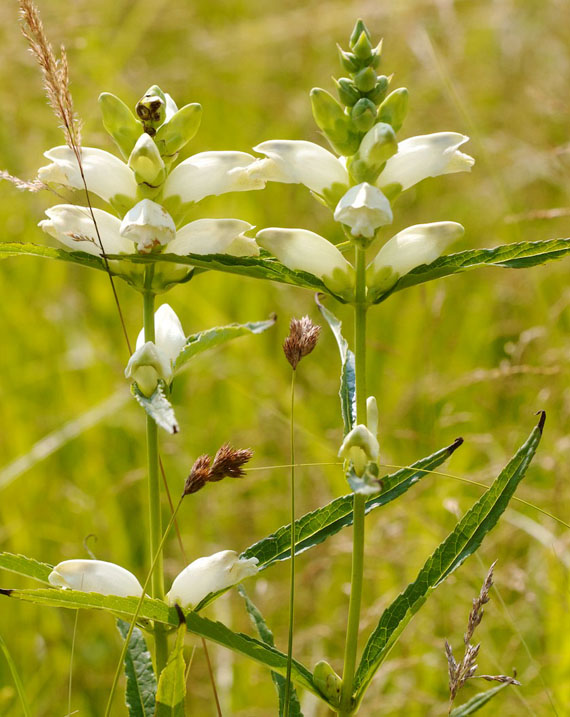 Turtlehead (Chelone glabra) was in full bloom in early August. The butterfly group searched in vain for the Baltimore Checkerspot nearby as the butterfly relies on this plant as caterpillar food. It is named for the shape of its flowers and grows in wet ditches and marshy areas. 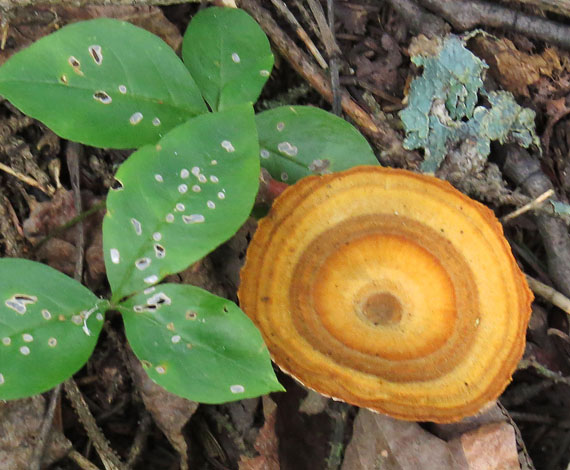 A unique fungus is the Tiger’s Eye (Coltricia perennis), also known as the Funnel Polypore. It is a type of bracket fungus that grows from the ground on a vertical central stem, unlike its tree-clinging cousins. Photo by Cassie Novak. 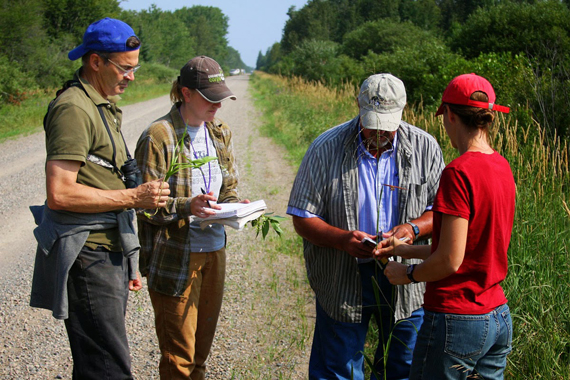 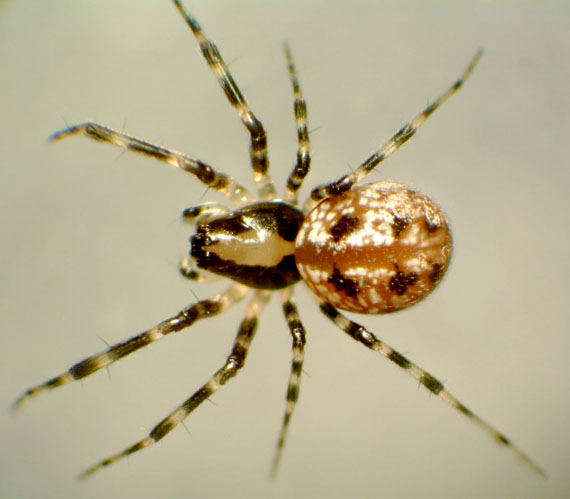 A first state record! Chad Heins, our spider leader, discovered this Tapinopa bilineata female near the Welcome Center. Chad examined it under a stereoscope and declared it a new species for Minnesota! Photo by Chad Heins. 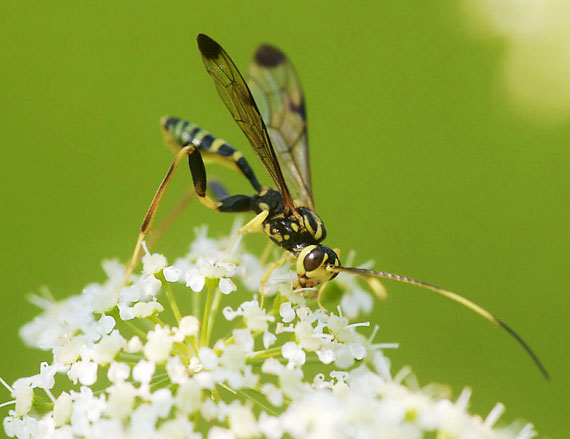 You’d think this boldly patterned and colorful ichneuman wasp would be easy to identify, but you’d be wrong. There are so many similar species in North America that it is impossible to ID most without examining parts under a stereoscope. A beauty nonetheless! Photo by Sparky Stensaas. 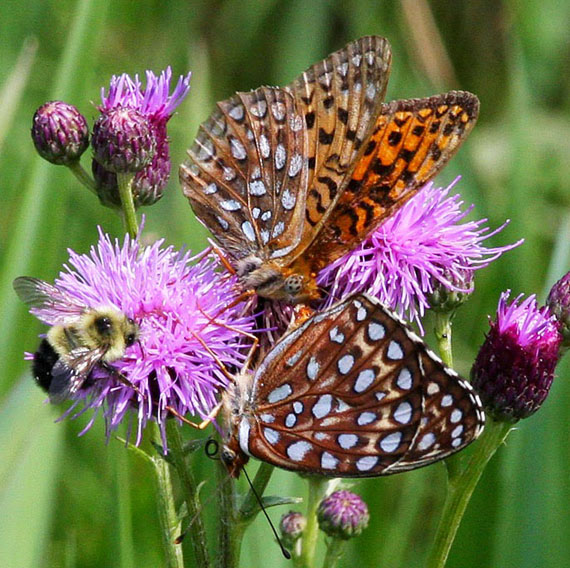 Two Atlantis Fritillaries compete with a bumble bee for nectar from a thistle. Photo by Rubin Stenseng. 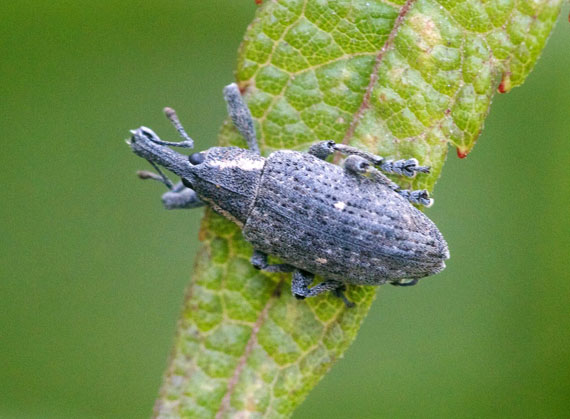 A large and distinctive weevil, Lepyrus aquaticus, was found in a wet area along Lake Nichols Road. 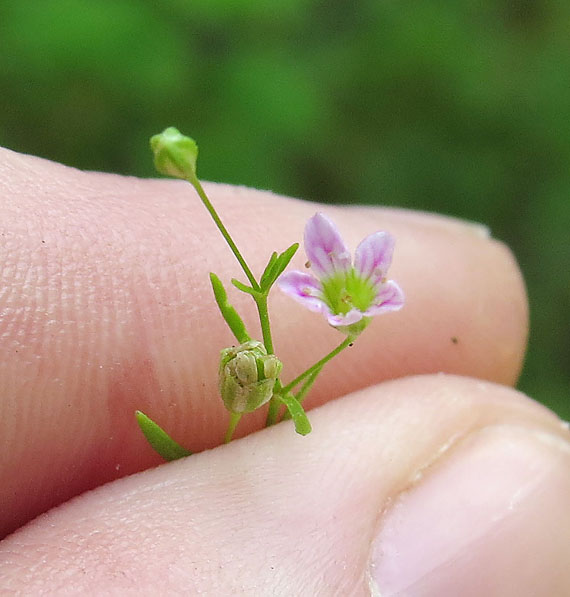 The delicate flower of Spreading Dogbane. Photo by Cassie Novak. 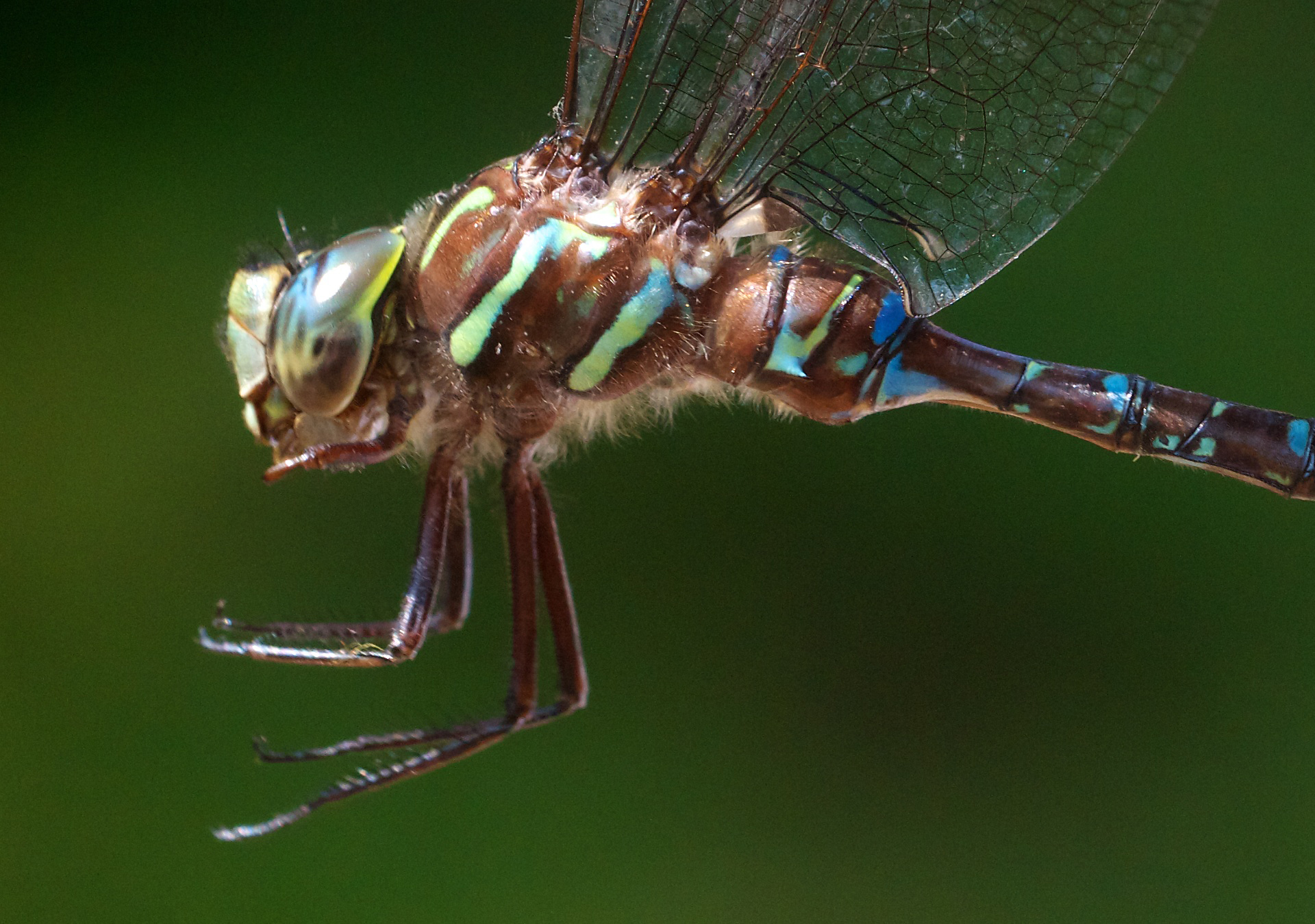 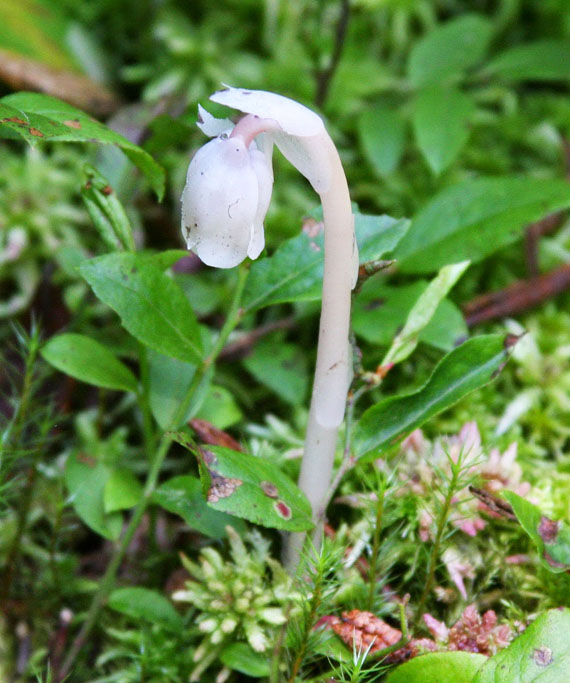 Indian Pipe, a wildflower that lives like a fungus. It has no chlorophyll and gets its food from fungus in the soil. Photo by Rubin Stenseng. 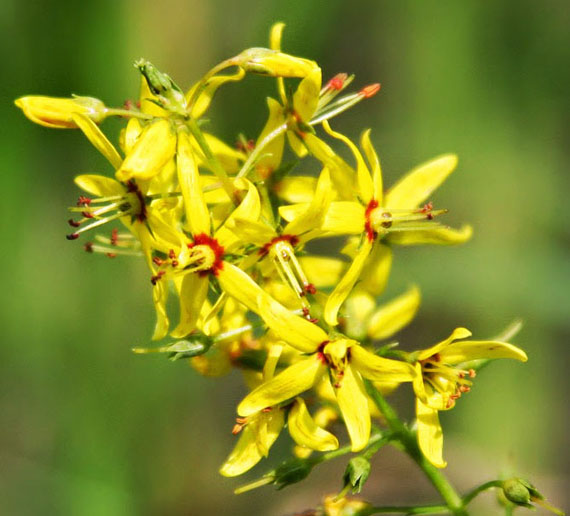 « Things that Go Buzz, Croak, Hoot & Bump in the Night Back in Black! Volunteer Work Days at Welcome Center »