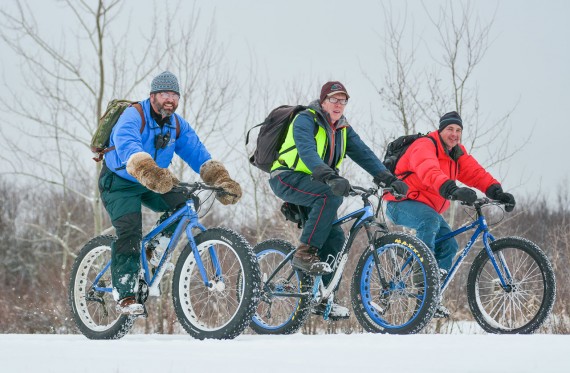 Did the world’s coldest birdathon live up to its name? Well, Friday was downright balmy (20sF) compared to Saturday which bottomed out at 2F and a windchill of minus 20. Respectable! Six teams competed for the title in 3 categories. WE ALSO RAISED OVER $800 towards our mission of Preserving, Promoting and Protecting the Sax-Zim Bog for future generations of birds and birders. Abi Kritzer raised the most pledges, followed by Kim Eckert (via his Minnesota Birding Weekends trip) and Steve Millard.

Teams birded from the Sax-Zim Bog to Duluth to Wisconsin’s Bayfield Peninsula and up the North Shore of Lake Superior to Grand Marais.

Tim Bate’s team (the Roughlegs consisted of Tim, Bryan French, Andrew Webster and Sparky Stensaas) decided to brave the wilds of the Sax-Zim Bog this year…They biked over 26 miles (19 for Sparky) on Friday and tallied 19 species including Arkola Road Boreal Chickadees (3), Merlin at the Welcome Center, and a Northern Goshawk (farm on Poplar Road just south of Arkola. This was a new record for non-motorized Sax-Zim Bog team, edging out Diana Doyle’s 16 species which she recorded while walking an amazing 14-mile loop! No entrants in the Photothon this year.

We enjoyed a relaxing compilation dinner where we shared triumphs and tragedies from the birdathon.

PLEASE JOIN US NEXT YEAR! 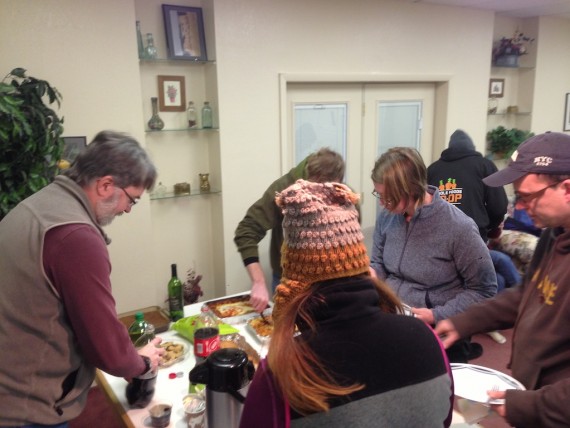 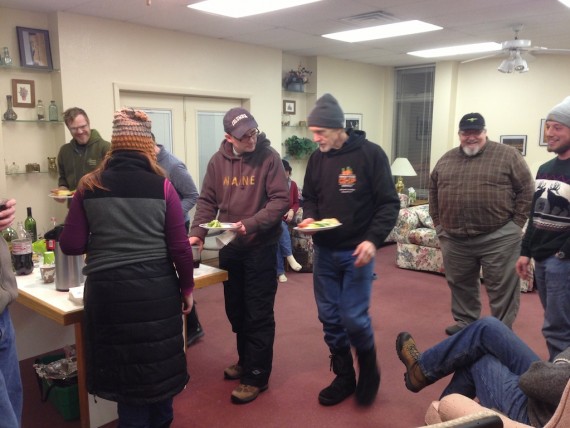 The Compilation Dinner on Saturday night is a fun way to share the weekend’s stories of triumph and tribulations. Lots of laughs!…and good lasagna. 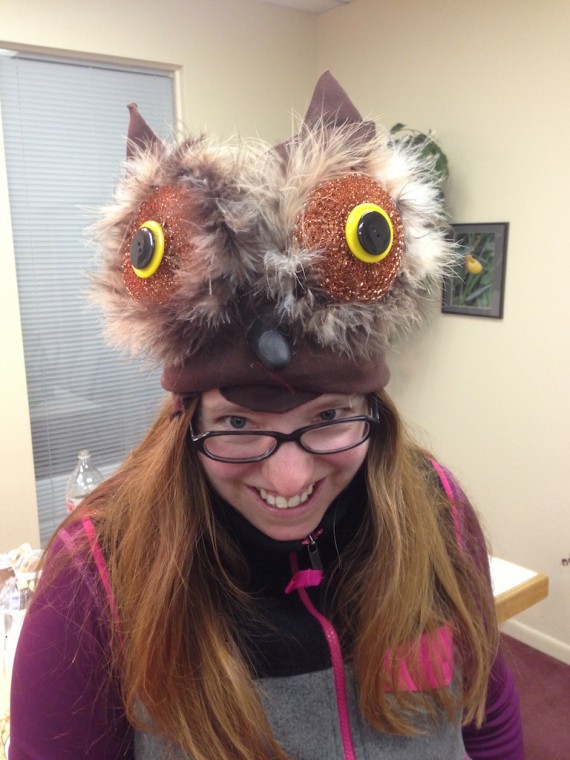 Abi Kritzer of Team Egretables not only raised the most money for the BRRRRdathon, but also makes very cool hats! 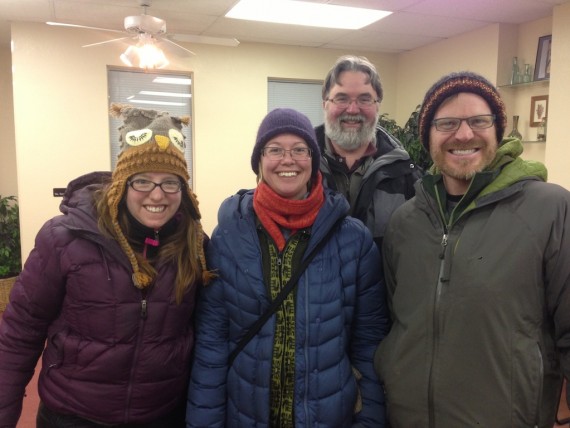 The Egretables Team was all smiles at the compilation as they regained their title as champions of the 1-Day BRRRRdathon with 34 species.
Please consider joining us in 2017! 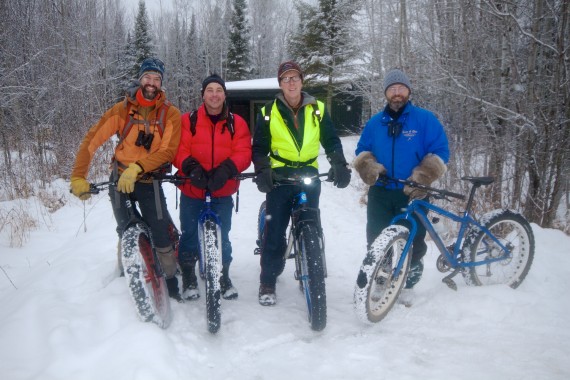 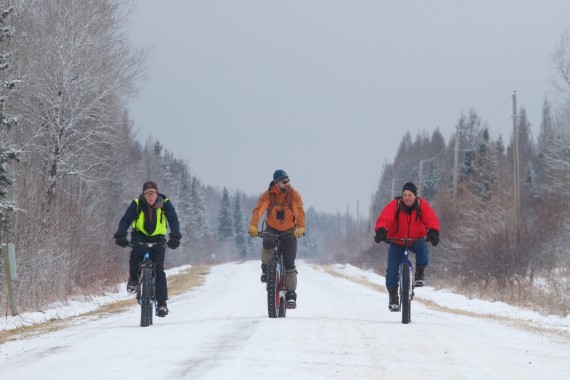 Fat Bikes are all the rage in the north woods…and their super wide tires make riding in snow a breeze. The “Roughlegs” (named for the winter-visiting hawk and how our legs actually felt after pedaling all day) tallied 19 species in Sax-Zim 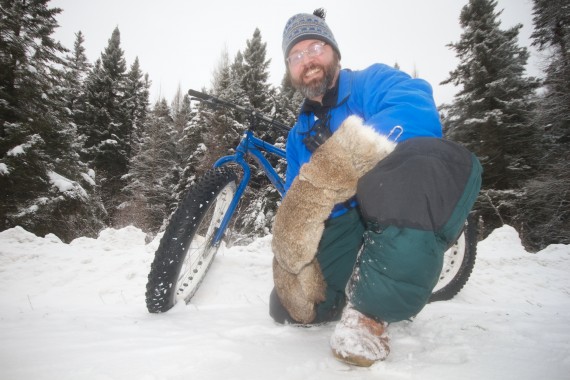