A 20 acre addition to the Warren Nelson Memorial Bog has been made possible by Gordon Andersson’s donation. Though logged in the last decade, the site is growing back nicely into Tamarack and Spruce…and as Gordon said, “It’s still habitat for something!” True, Gordon, True.
We are planning on eventually adding a spur from the Warren Woessner Bog Boardwalk out into this new parcel…mainly to highlight the regrowth of a Black Spruce/Tamarack bog. 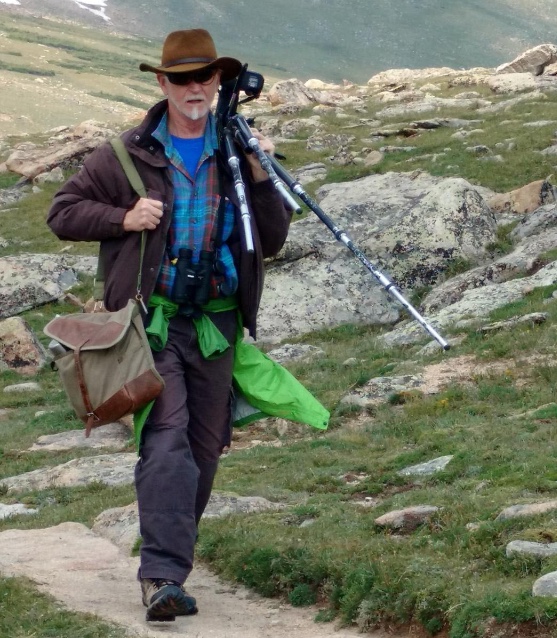 “Every dragonfly, orchid, bird, and moose needs a place to live for a season or through the year. The species may change over time as the vegetation cycles and conditions change. But saving land from building and row-cropping is saving habitat for non-human animal and plant species.” 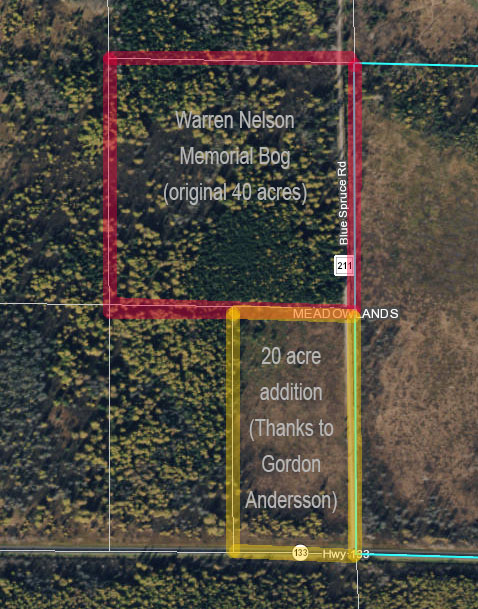 Map of the 20 acre addition to Warren Nelson Memorial Bog made possible by generous donation from Gordon Andersson.

Because this parcel was logged a decade ago, we were able to acquire it for a decent price. And the Tamaracks are coming back in full force…some almost 20 feet tall already. Future generations of boreal birds and birders will appreciate this land thanks to Gordon Andersson’s foresight!