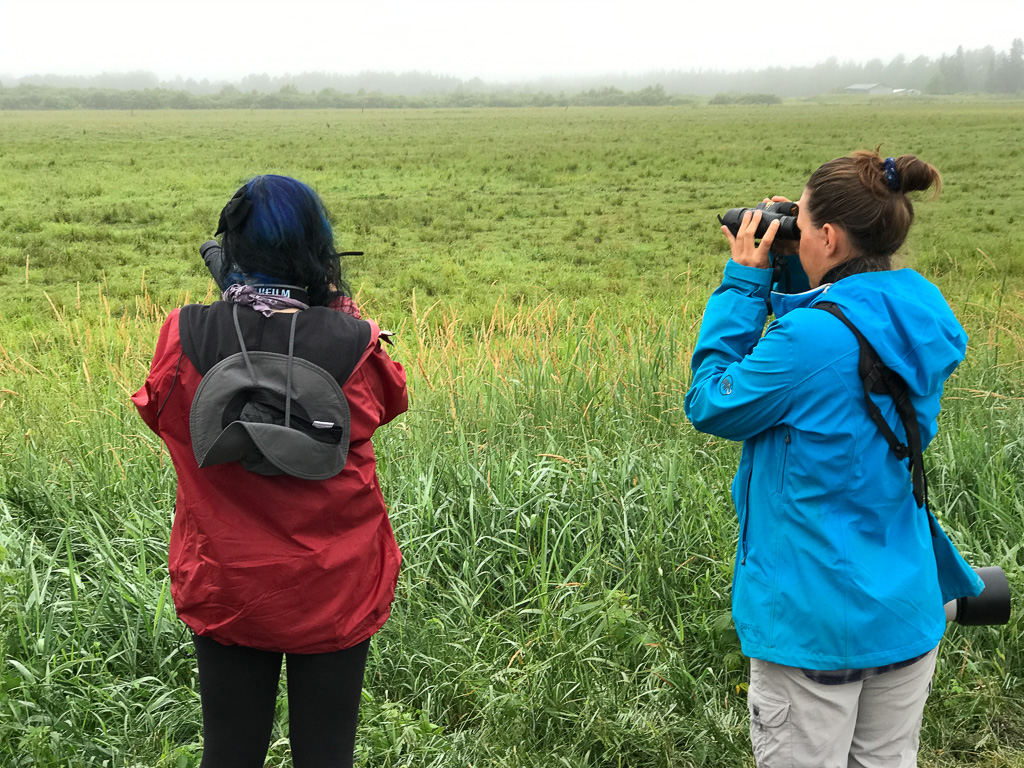 Scanning for Upland Sandpipers (no luck!) but the field did hold a pair of Sandhill Cranes. 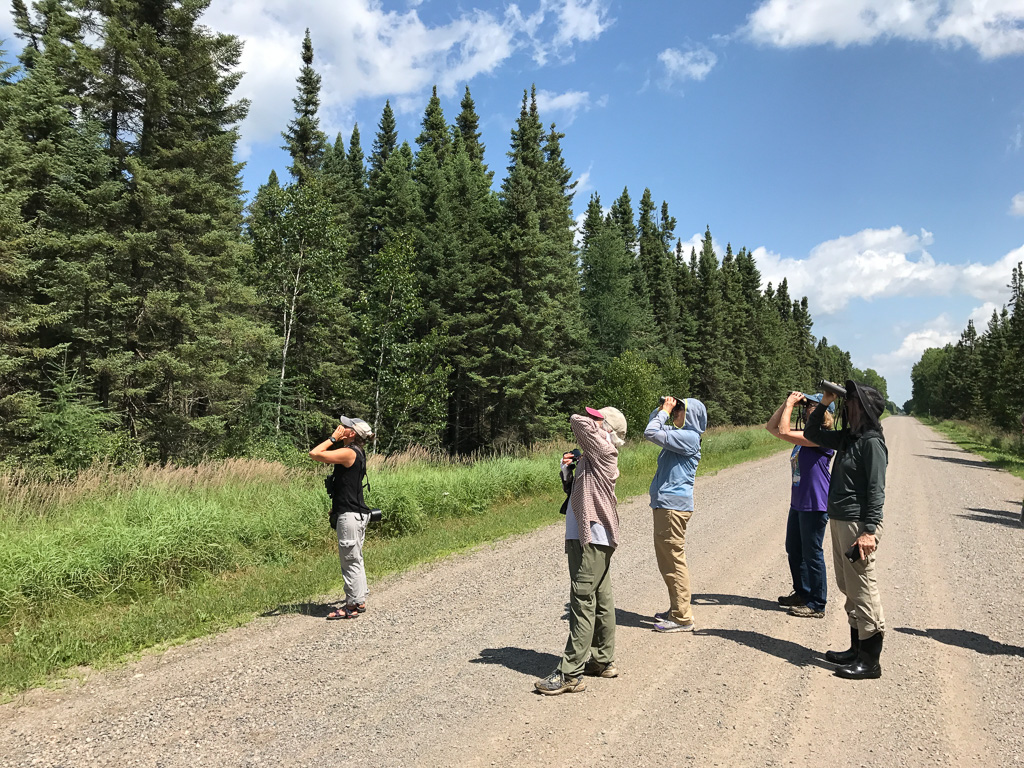 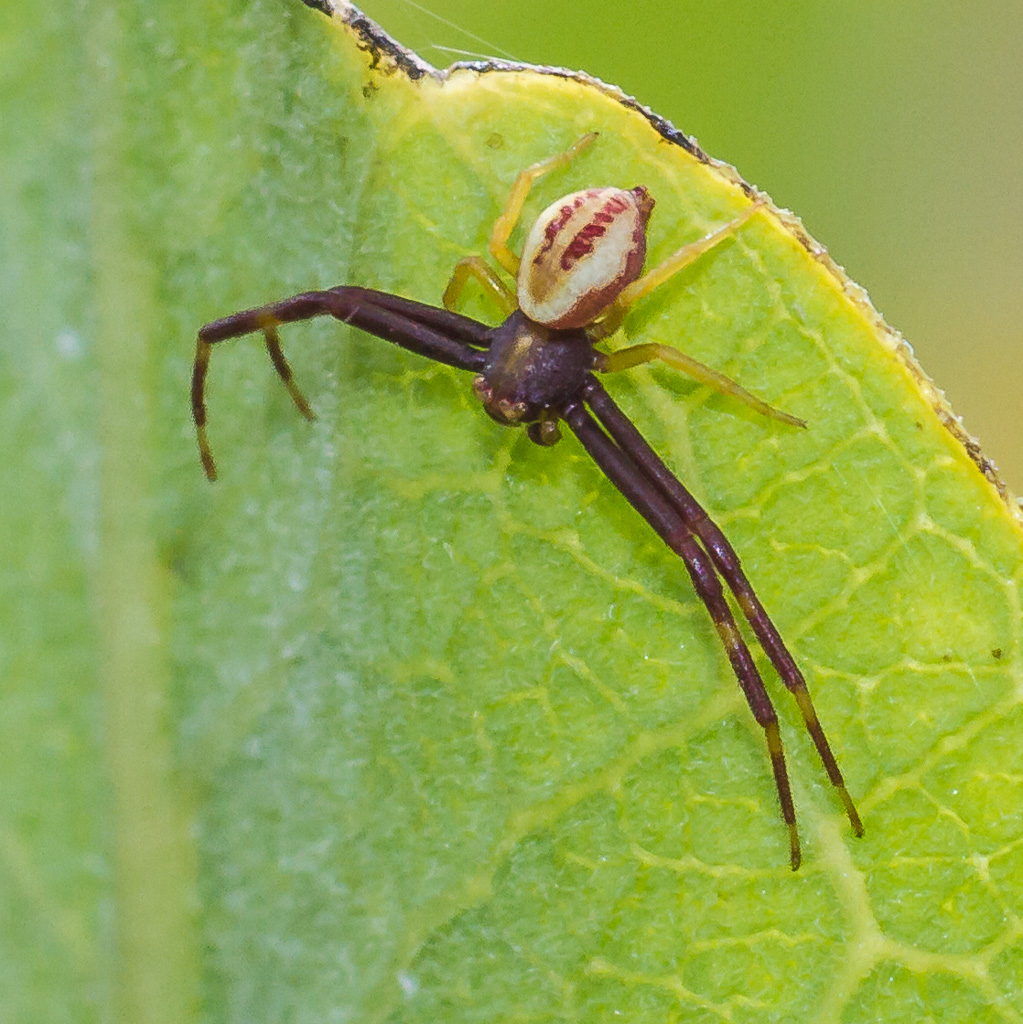 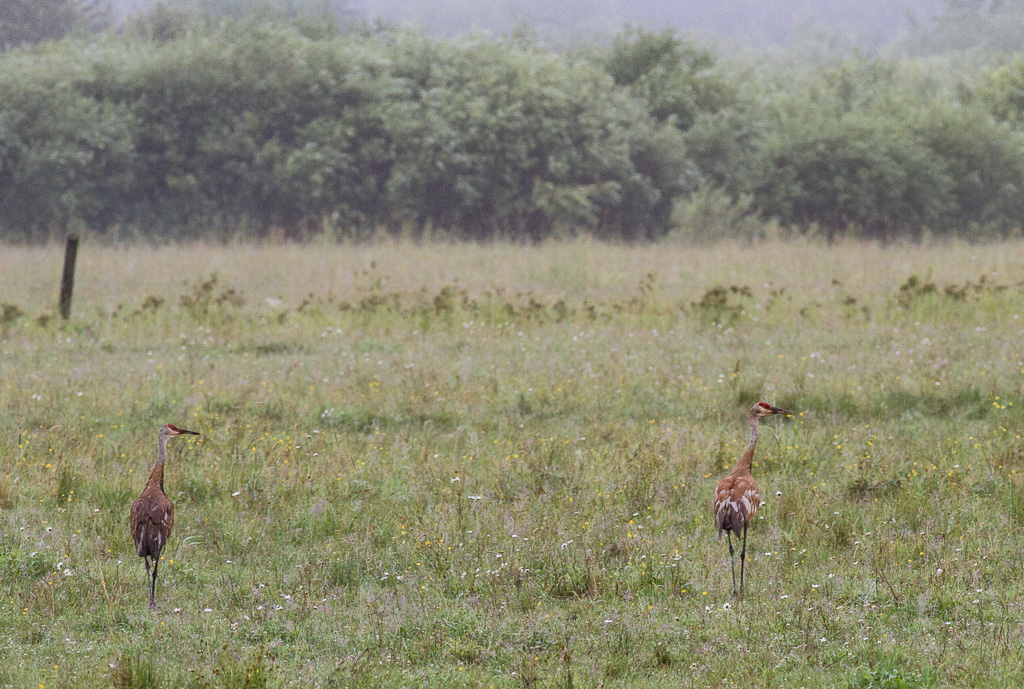 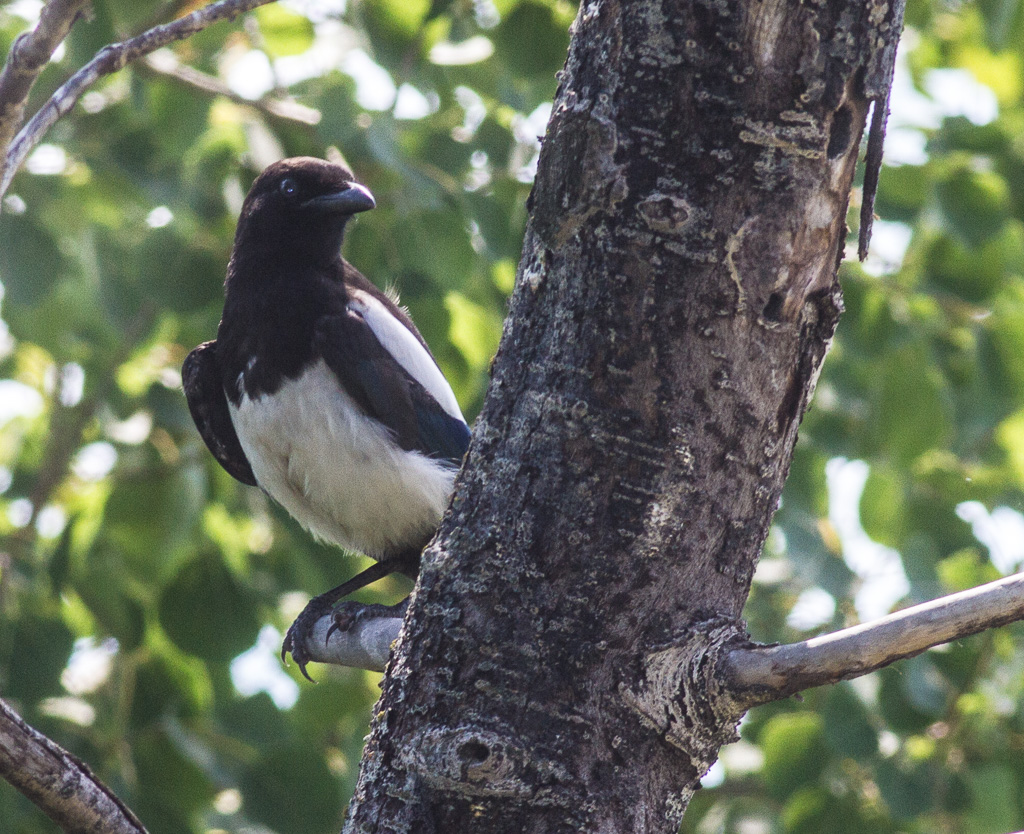 This young Black-billed Magpie was seen by the birding group 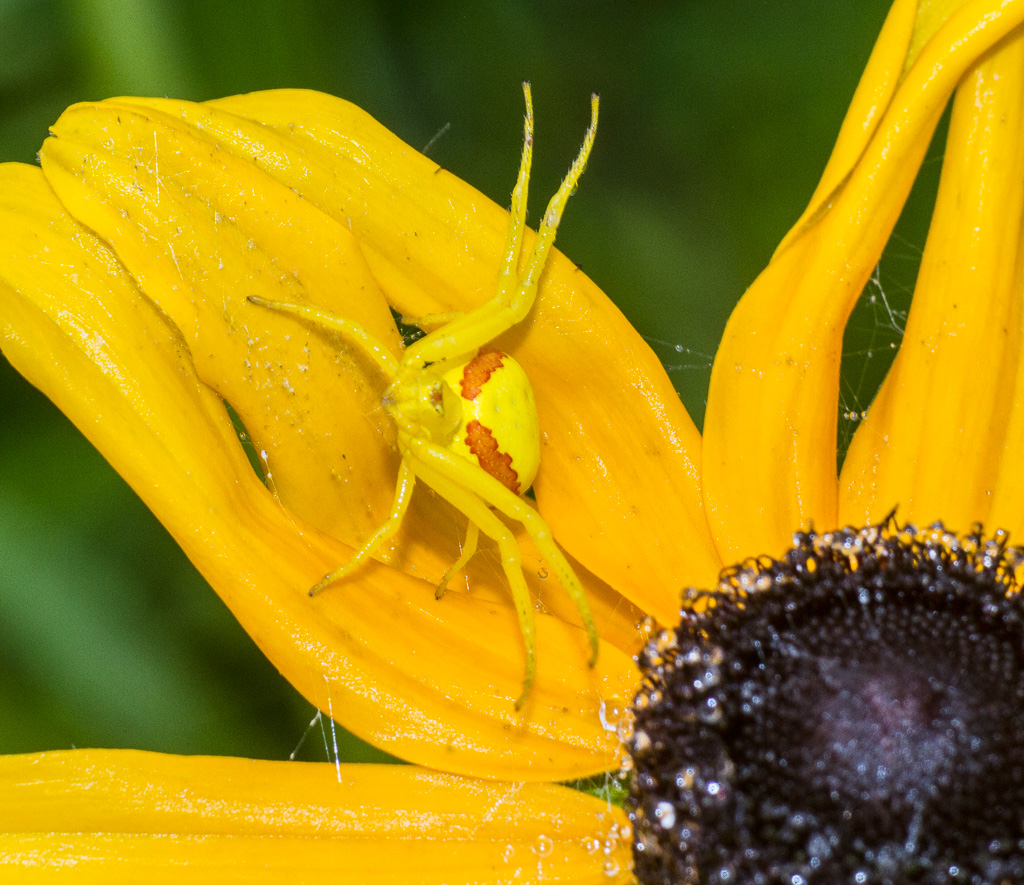 This Goldenrod Crab Spider (Misumena vatia) has taken on the yellow color of the Brown-eyed Susan to better camouflage itself from potential prey. 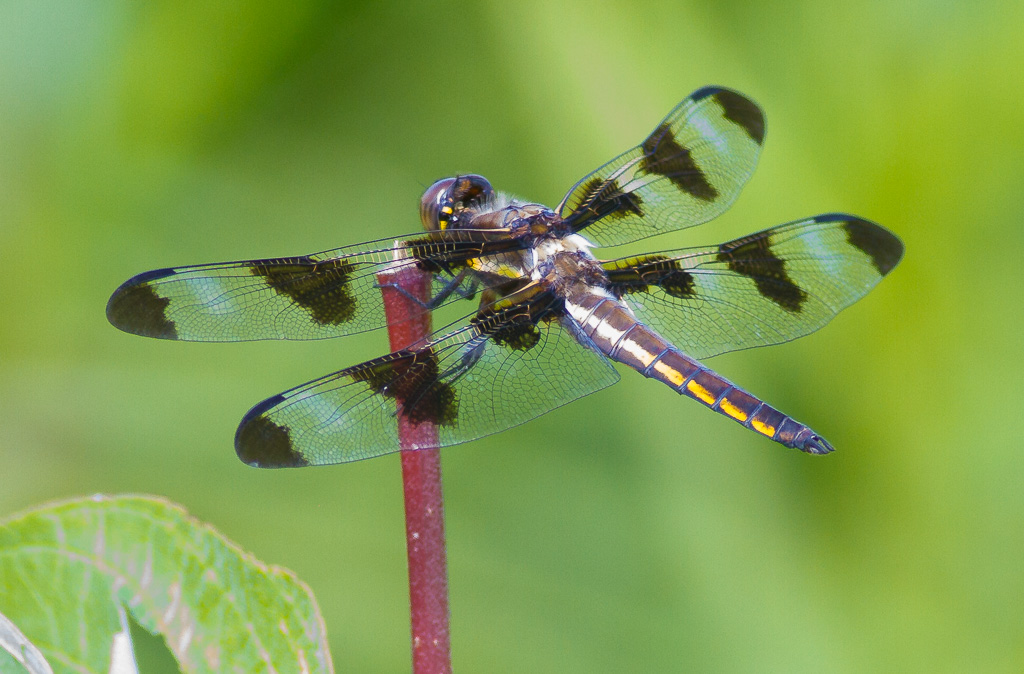 Twelve-spotted Skimmers are always a treat to see. 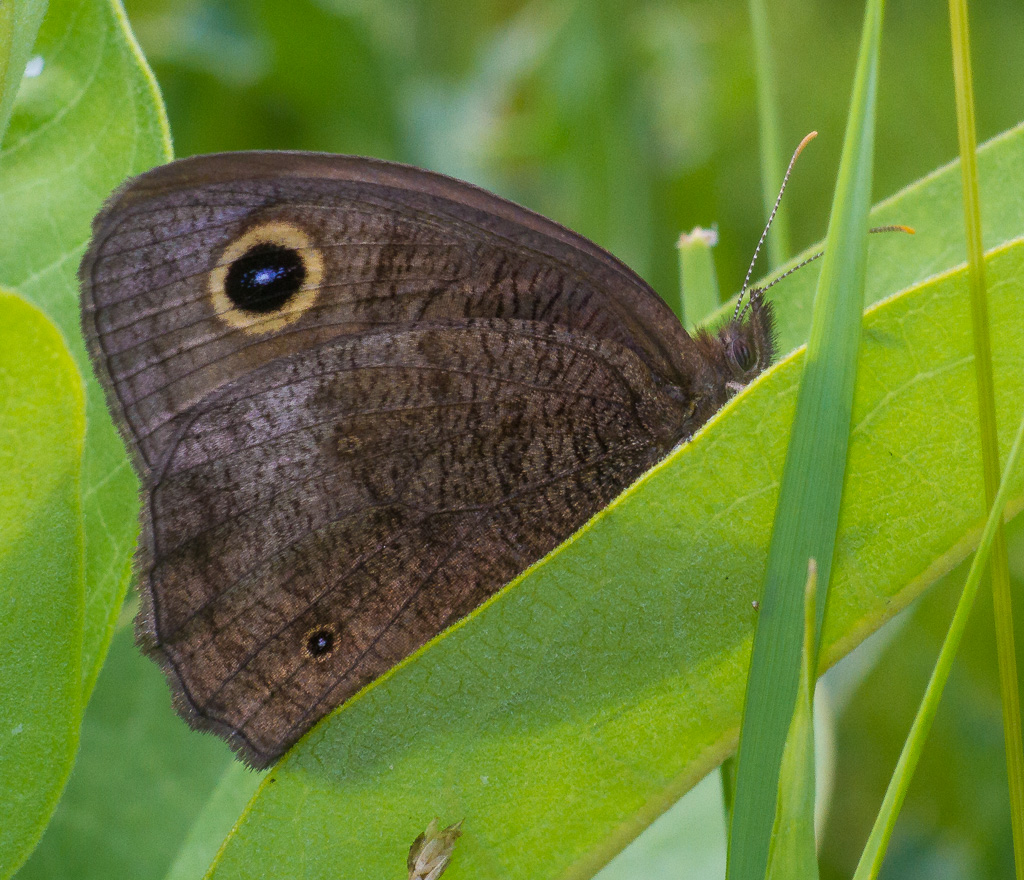 Wood Nymphs were on the wing in the afternoon. 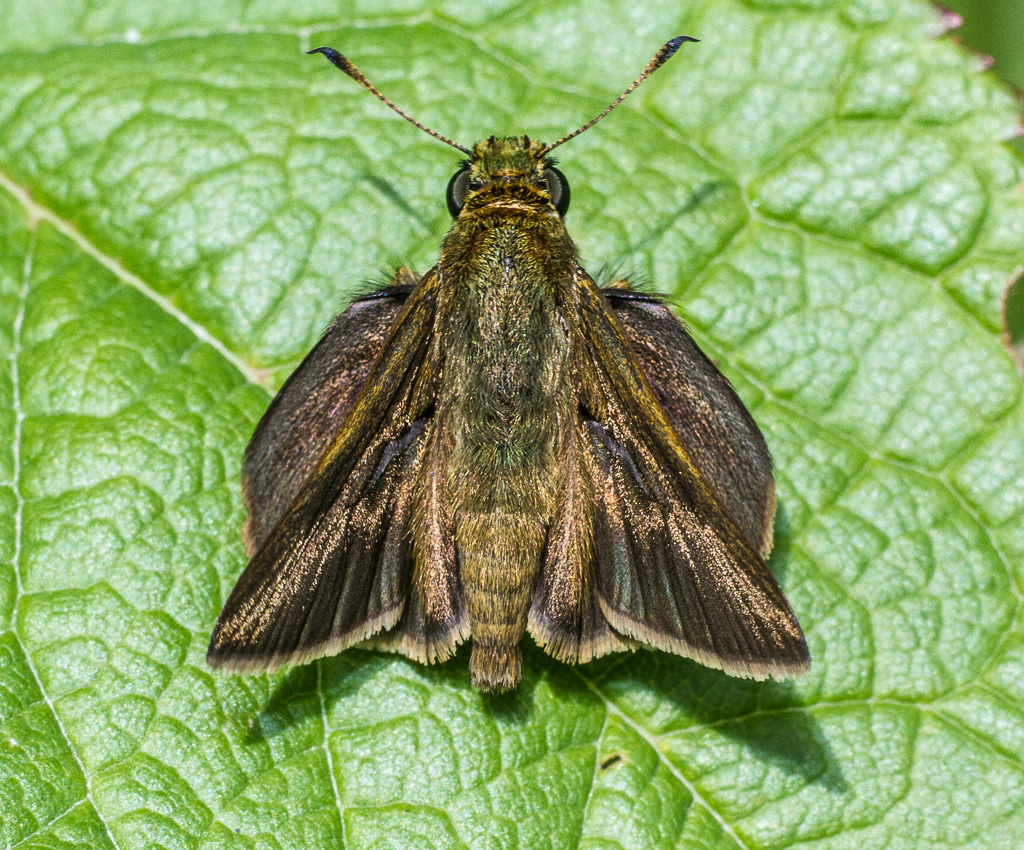 Dun Skippers were quite numerous. 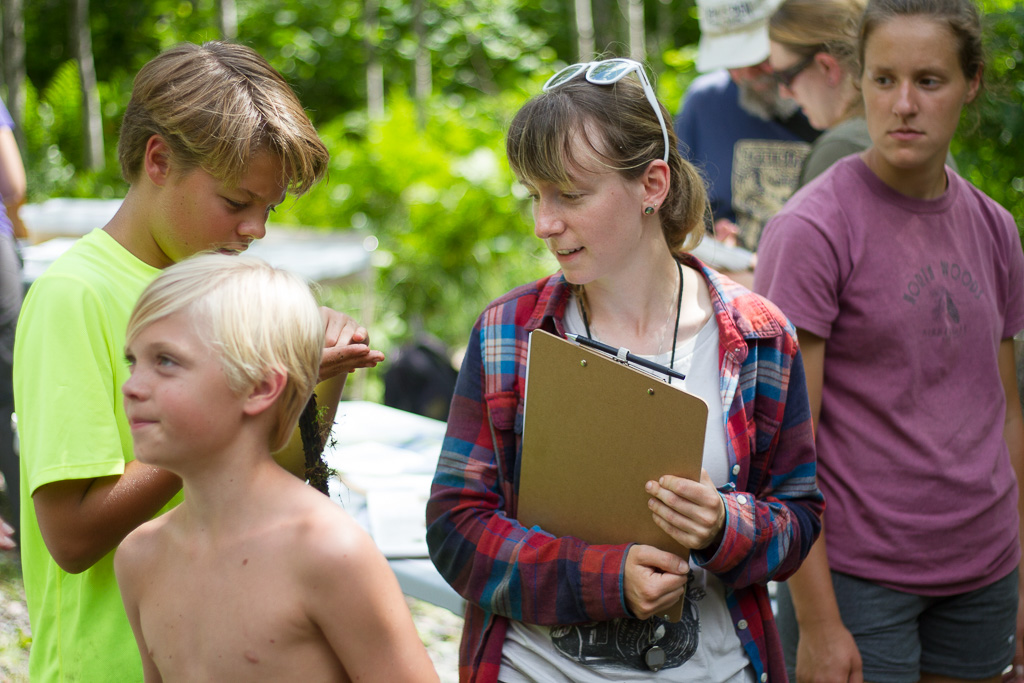 It was great to see some young folks and families attend the event. Today’s kids are the Bog‘s future. 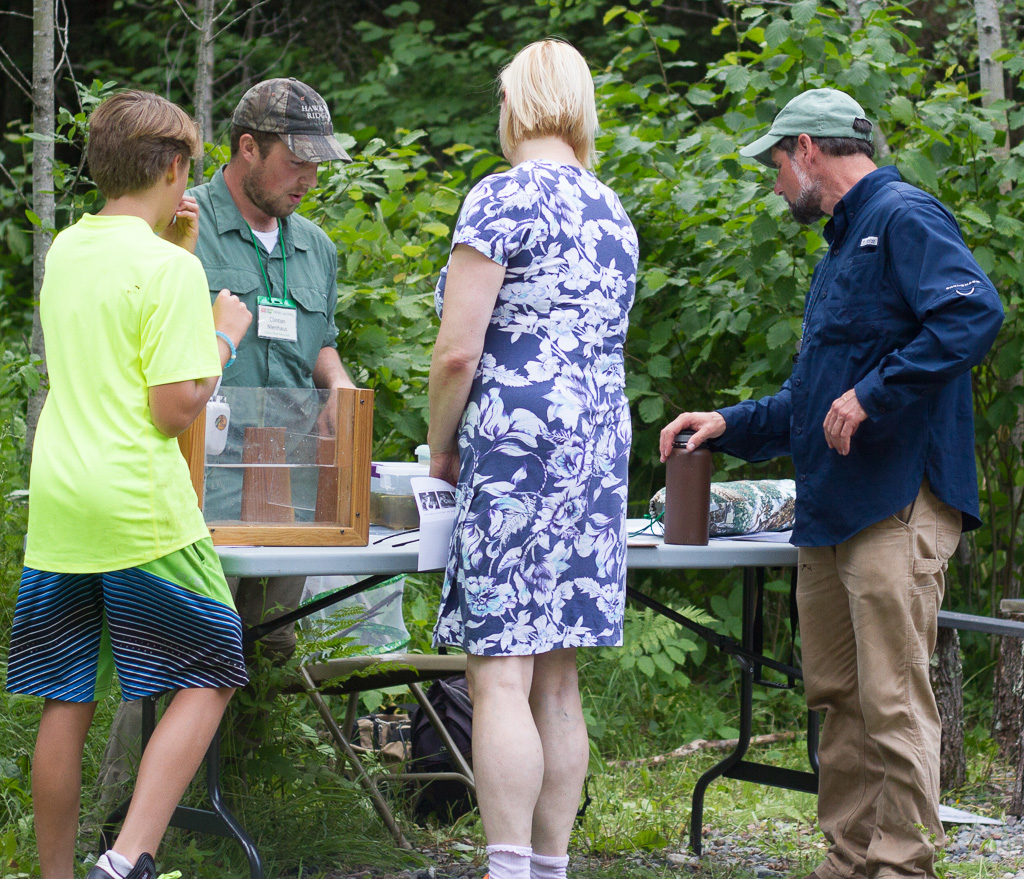 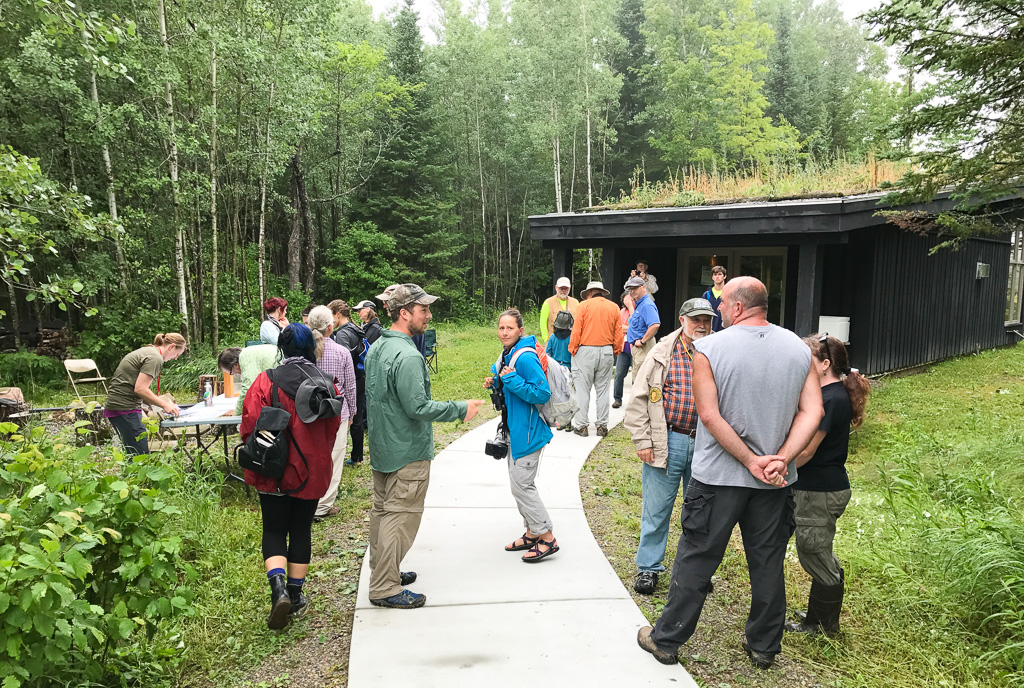 BioBlitz teams getting ready to head out. 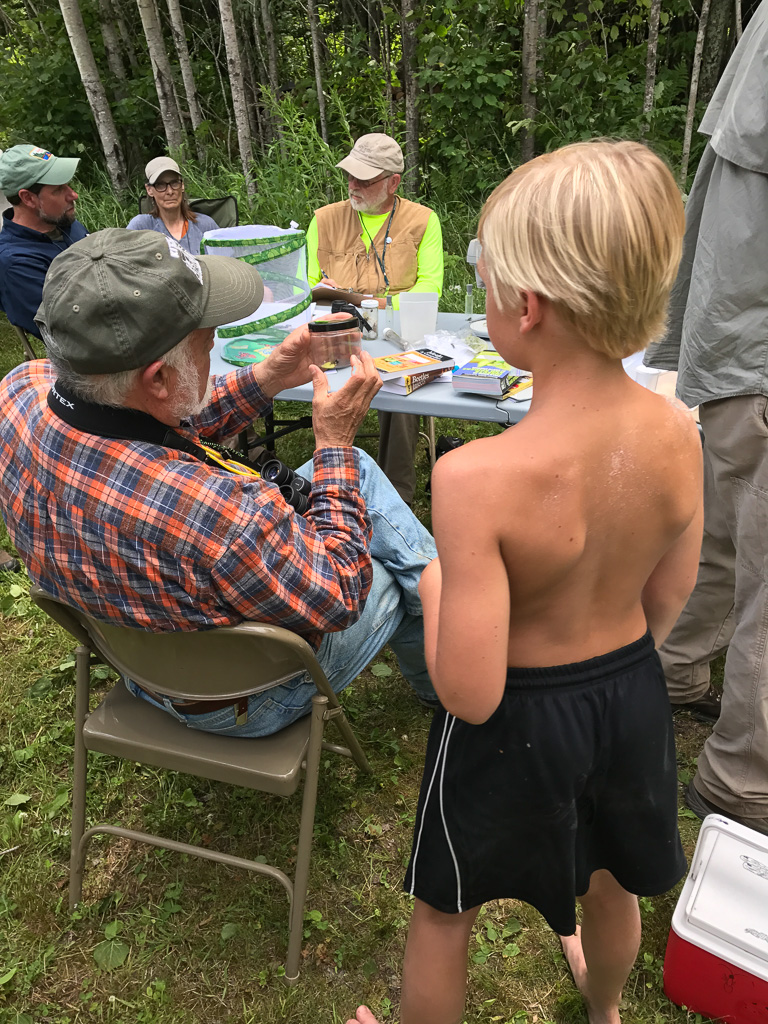 A youngster gets a lesson in spider biology 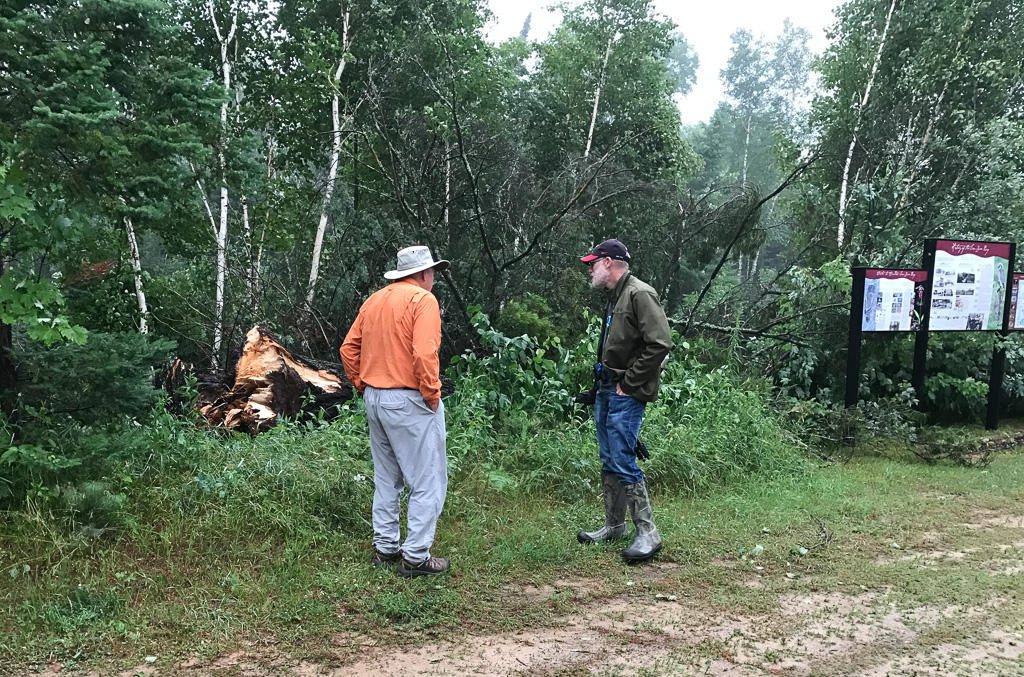 A severe windstorm the night before the event took our beautiful big White Pine that anchored the parking lot and many winter bird feeders. It will be sorely missed! 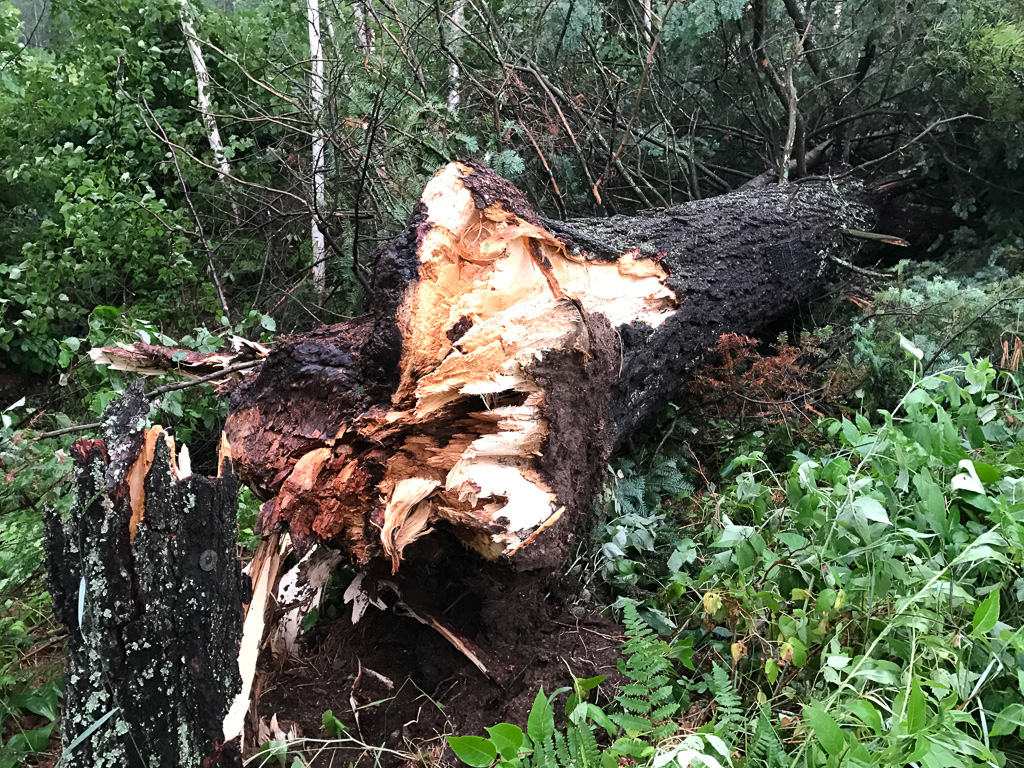 By the looks of the trunk, the tree was well rotted and not long for this world anyway. 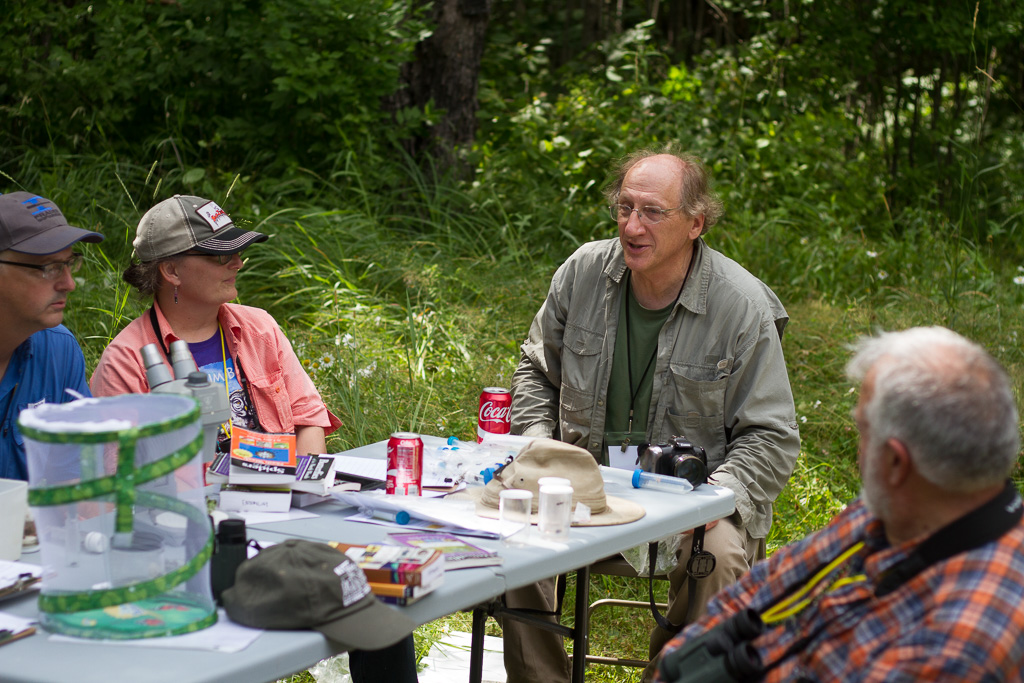 Dr. Tim Craig from the University of Minnesota Duluth brought his great enthusiasm for insects and galls with him to the event, and shared it with many. 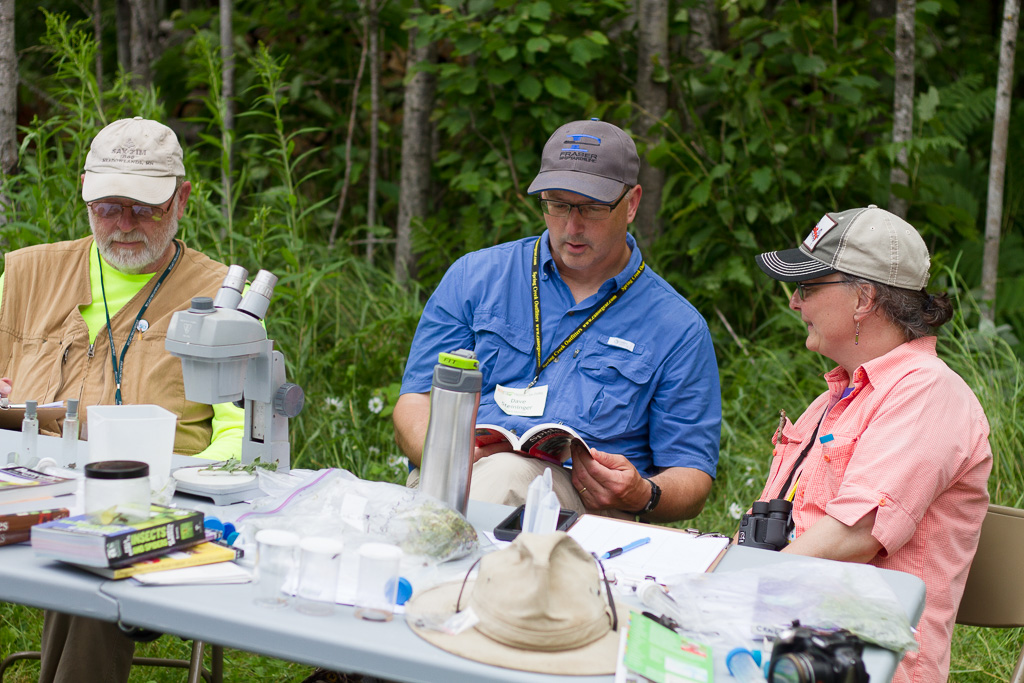 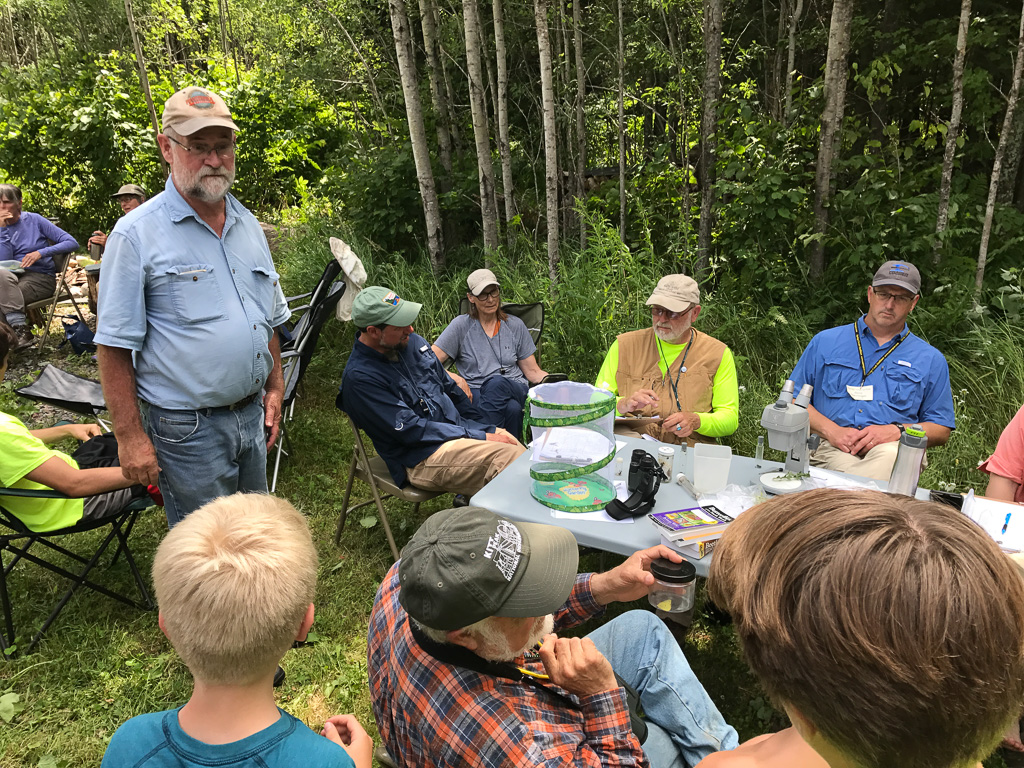 Leaders and participants swap stories from the day in the field. Jerry McCormack (standing left) was our butterfly leader. 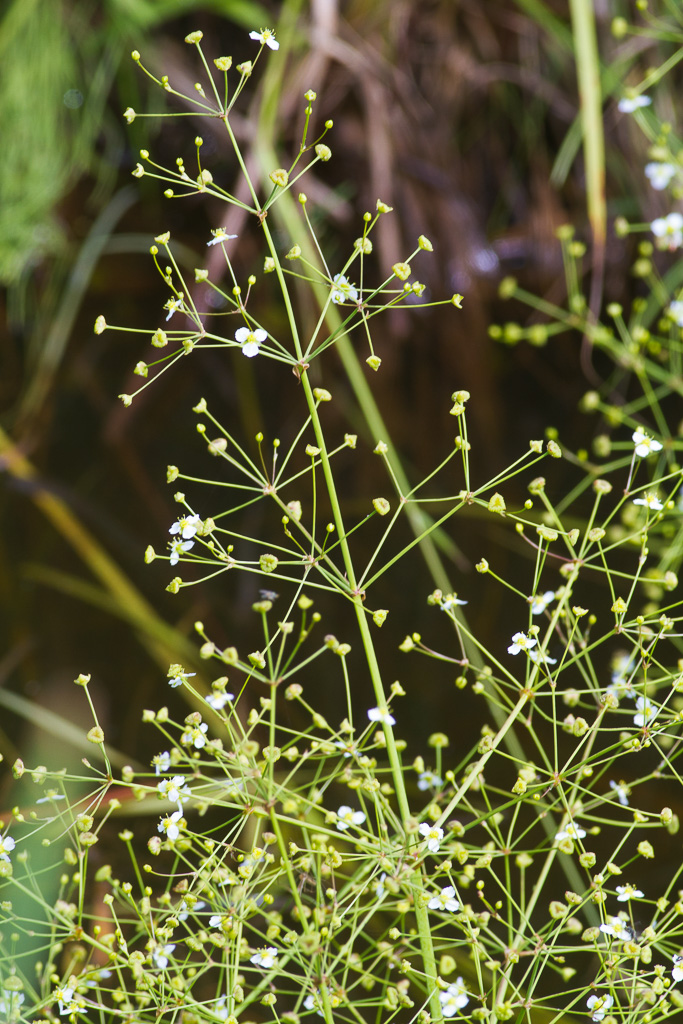 A real treat for the bird group during the Bog BioBlitz was the close appearance of a beautifully marked juvenile LeConte’s Sparrow on Dart Road. This awesome photo is by Casey Weissburg, on of the participants.

Larry Weber reads off a list of the spiders he found during his explorations of the Cotton School Forest. His big find was a Triangle Web Spider (Hyptiotes cavatus) [photo by Rubin Stenseng]

Flora group searches the shoreline of a small feeder stream of the St. Louis River. [photo by Rubin Stenseng]

Clinton Nienhaus and his fishes participants sweep in a small stream. [photo by Rubin Stenseng]

It was great to see so many young folks join us for the Fifth Annual Bog BioBlitz in Sax-Zim Bog. [photo by Rubin Stenseng]

The day started off foggy and cool but cleared off and warmed up nicely by 11:30 or so. [photo by Rubin Stenseng]

Board Member Gene Ollila and his grandson enjoying the day. [photo by Rubin Stenseng]

Earthworm leader Jinny Alexander turned up 5 species of earthworms on this day…A good thing? Probably not, as all earthworms in Minnesota are “non-native” and often damage woodlands. Fortunatley bogs do not have much mineral soil and so worms are scarce there. [photo by Rubin Stenseng]